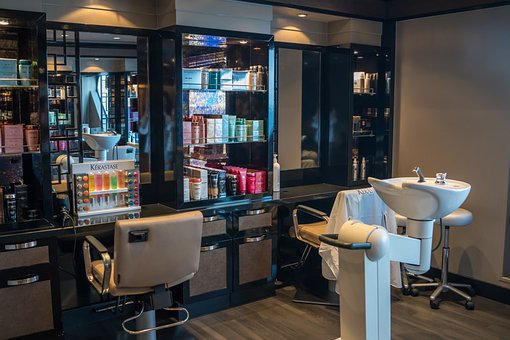 Many women are missing their regular trips to the hair salon.  They are not allowed to go because the places have closed down by order of the government but in some states they are lifting restrictions so women can once again venture out to have their hair done.

Beauty Parlors have been around for as long as I can remember.  They have actually been around for over 100 years.  Before beauty parlors and hair salons were around, women either did their own hair or they had maids who fixed it.

Barbershops could be found all over the place but at the end of the 1800's, beauty parlors began popping up all over the world but they had to use advertising to convince women to leave their houses and maids to these businesses to have their hair done.

Around 1890, Martha Matilda Harper opened one of the first public beauty parlors.  She named it the "The Harper Hair Parlor" also known as the "Harper Method Shop".  Martha Harper came from a poor family.  She entered the workforce by the age of 7 as a servant and one of her employers, a physician, taught her about hair and its health which lead her to develop her own hair tonic.

Eventually, she save enough of her wages to open her own shop.  She invented the first reclining salon chair (she never patented it) and she was one of the first to convince women to come to her shop rather than going to her clients house.

Being a beautician was one of the early skilled occupations open to women and opened up opportunities for women to become entrepreneurs. So she went a step further by starting a school to train girls she then hired to work in her salon. In addition, she also allowed women to start their own Harper Method Shop and at one point there were 500 such shops around the country.  Around the same time, several African American women worked on developing products specifically for their hair while opening their own hair salons and beginning their own businesses.

Between 1900 and 1920, the field saw the development of bobby pins, hair dryers, permanents, and hair coloring which opened up the demand for these establishments.  By the end of the 1920's over 25,000 hair salons opened in the United States alone.  This was the age where women stepped out of their traditional rolls, wanted their hair cut short and to wear short dresses.  Many beauty parlors refused to cut a woman's hair into a bob so women went to barbershops.

By the 1940's beauty parlors now used hair spray, hair relaxers, and other styling products.  It was during this time that more women joined the work force so men were freed up to fight. Thus women began going to beauty parlors to enjoy being pampered.  Furthermore, styles became more complicated towards the end of the 1940's so the beauty parlors helped women enjoy those styles.

In addition, military bases began opening beauty parlors to increase the moral of their female employees.  Through the 1950's and into the 1960's beauticians were the only ones who had access to certain specialized beauty products and were trained in providing coloring, perms, etc.  In addition, beauty parlors underwent a change to become known as hair salons because men started using them.

Eventually, department stores, cruise ships, retirement homes, began opening hair salons to meet the demands of their clients.  Now you can find hair salons in your local stores so you set an appointment via your computer so you can shop and get her hair done with one stop.  I pop in to get a trim and to deep condition my hair.  That will be one of my big things I hope to do when I get back to town this summer.  I hope they will be open but only time will tell.  Let me know what you think, I'd love to hear.

Email ThisBlogThis!Share to TwitterShare to FacebookShare to Pinterest
Labels: History of Beauty Parlors.