The 8 Most Expensive Hats in the World 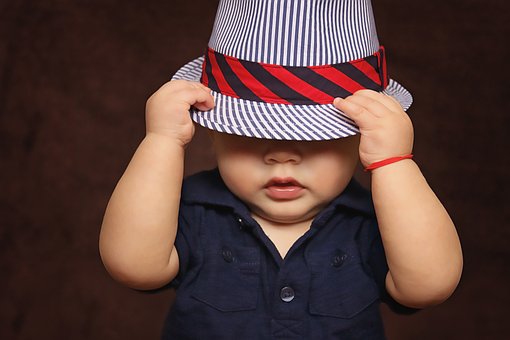 These are not the hats you'll pick up at the local Target, or Walmart. They are not the ones, you throw in your luggage to be squashed. These are different.  So now, let's look at the hats that make this list.

1.  The Pope's tiara worth $10,000,000. It was worn by the pope until it was retired by Pope John Paul I.  This tiara is made up of three crowns assembled over time.  There are three rationals to explain the three crowns, First is that the tiara represents the pope's universal office, jurisdiction over the whole church, and his power. The second is that it represents the church on earth, in purgatory, and in heaven. The third focuses on the pope being a vicar of Christ and shares his office of priest, prophet, and king while working to teach, sanctify, and lead others. Currently, it is housed at the National Basilica of the Immaculate Conception.

2. Chapeau D'Amour or "Love Hat" worth about $2.8 million.  This hat is displayed at Christies in London.  It was made out of platinum fabric, diamonds, and amethysts.  It was created by Louis Marietta back in 2009.  He found inspiration for it from ivy and bluebells in nature and his love on a walk.

3.  Deep Blue Sea is worth $200,000. As it's title indicates, it is a deep blue in color but it appears as a fantasy with flowers on top of flowers, rising upward to a height of 54 cm.  The creator found inspiration in the Great Barrier reef in Australia and used dark blue felt, feathers, and 26 Australian opals weighing in at 1440 grams.  Each opal is in a setting of Stirling silver and gold.  The chapeau made it's appearance at the 2007 fashion show in Milan and is considered a wearable sculpture.

4. The hat worn by Princess Bernice the royal wedding when Prince William married Kate Middleton back in 2011. The hat, designed by Phillip Treacy, garnered attention when she wore it because it is said to have resembled a toilet seat.  It is made of bow, ribbon, pink bun, and oval.  When you look at it, it looks like a tan bun surrounded by what looks like a ribbon covered oval you might put flowers in around the bun with something similar to a thick bow, wired in place.  Princess Bernice sold it off for around $134,000 and gave the proceeds to charity.

5.  Brent Black Hat is made Brent Black Hat company out of Medford, OR.  The company specializes in Panama type hats and can range up to $50,000 depending on the weave of the fabric, the style, and the brim.  The finer the weave, the more expensive it is.   Brent Black commissioned this particular hat.  It is made with toquilla straw hand woven in Ecuador, took 5 months to make, cost $100,000.

6.  Charlie Chaplin's bowler hat and cane sold for $62,500 back at an auction in 2012.  These are some he used when he made silent films and came from a private collection.  It is unknown how many hats and canes of his are left.

7.  The Vivian Westwood hat worn by Pharrell Williams at the 86th annual Academy Awards ceremony.  This "mountain hat" only cost Pharrell $180 to purchase but he later donated it to auctioned off for around $44,100 for charity.

These hats are way out of my range and most of them are not the type I would actually wear.  At least three of the hats were purchased because of who wore them, while others are based on their wearable art value.  Let me know what you think, I'd love to hear.

Email ThisBlogThis!Share to TwitterShare to FacebookShare to Pinterest
Labels: The 8 Most Expensive Hats.