Exercising Around The World.

Have you ever wondered which form of exercising is the most popular in various places around the world?  I read someone comment that people in Japan do not exercise because they walk everywhere.  So I wondered about how different countries prefer certain types of exercising.  It turns out that people do exercise but certain countries such as China have one form that is associated with them. 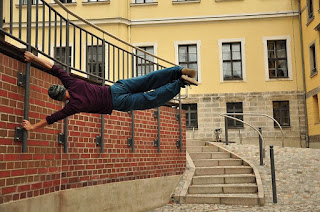 Tai Chi is associated with China.  Tai Chi was originally developed from martial arts as a much slower, more deliberate form.  Tai Chi is a series of slow movements done with deep breathing and the movements flow from one directly into another without stopping for continuous flow.  Tai Chi is great for stress relief.  It is also low impact and often recommended for people who cannot do any other form of exercise.

On the other hand, citizens of Sweden tend to prefer to exercise outside. In fact, Sweden has set up outdoor gyms around so people can stop and add resistance training to a bike ride, walk, or run.  According to research, about 91% of the population works out regularly.

In France, people prefer doing something called parkour which is where people use buildings, walls, streets, and parks as part of their workout.  Parkour began as training for the French Special Forces and spread out into the public.  People run up the sides of buildings, over trees, etc.  The French also do a lot of running and riding bikes.

In Brazil, people love to work out in gyms etc but they also enjoy playing soccer, volleyball and polo. In fact, Brazil’s fitness industry is the second largest, just behind the United States in dollars.  On the other hand, people in the United Kingdom prefer adding unique elements to their workouts such as ballet inspired workouts or fight club inspired cardio.

Australia prefers their F45 workouts that combine movements to imitate real life such as squatting, pulling, lifting, or running. The 45 minute workout combines strength training, cardio, and intervals but many Australians would rather walk to get a good workout.

Another place that prefers outdoor exercising is Cape Town, South Africa where they have classes like beach yoga, boot camps, or hiking and mountain biking.  Then the people in Cologne, Germany enjoy indoor rock climbing as well as climbing walls both indoor and outdoor, and rowing.

This is just a quick look at the different forms of exercising found around the world.  When I visited Croatia a couple years ago, I saw lots of people walking through various parks and along the walkways. I love walking because I can do it anywhere.  Let me know what you think, I’d love to hear.  Have a good day.

Email ThisBlogThis!Share to TwitterShare to FacebookShare to Pinterest
Labels: Exercising around the world.