Why Is February So Short? 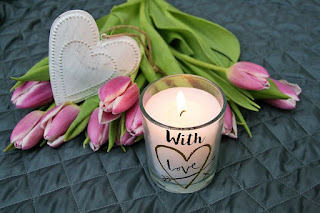 We have an interesting calendar in that most months are either 30 or 31 days except for the month of February.  It usually has 28 days but every four years they throw in an extra day to keep the calendar correct. One myth says that Augustus Caesar stole a couple of days from February so the month of August (named after him) would have 31 days but that isn't true.

The reason February is such a short month can be traced all the way back to Roman times.  The original calendar had only 10 months so 6 months consisted of 30 days and 4 months of 31 days equalling a year of 304 days.  One reason the calendar had only 10 months was because the Romans were an agricultural people who used the calendar to keep track of planting and harvesting. It started with Martius or March and ended with December.

Unfortunately, the Romans didn't like even numbers so the Roman King, Numa Pompilius, readjusted those six month so they had 29 days but he wanted it to match the 355 day lunar calendar.   Those days between 304 and 355 were just considered winter and weren't counted.  The time period had no special significance, nothing. They were virtually ignored.  King Numa could not redo the calendar so the months only had an odd number of days so he added a couple of months - January and February at the end of the current months. He decreed February should be 28 days long and designated it as the month to carry out ceremonies honoring the dead.

His subjects objected to having a month with an even number of days so he added an extra day. It just didn't add up with the actual year, so the months would get off so planting was off.  King Numa tried to make adjustments but it seemed no matter what, King Numa could not get the number of days to match the lunar calendar so he fiddled with it including adding an additional month,  Mercedonius, every other year but it still didn't fix things. The priests were the ones who decided when it would happen which confused people even more. This continued until Julius Caesar's time when he decided to do something about it because the first month of the calendar kept changing.

Julius Caesar moved January back to being the first month of the year. He also decided that it was ok having months with an even number of days . He readjusted the months to have 30 days but he left February with only 28 days but he added an extra day every four years.  In addition, when he finished making adjustments to the calendar, it had 365 days, 10 more than the lunar calendar.

Email ThisBlogThis!Share to TwitterShare to FacebookShare to Pinterest
Labels: Why is February so short?