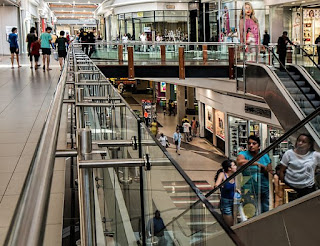 I have many friends who check out sales for the day after Christmas so they can plan who will go where and purchase certain items.  They are willing to get up early, rush to the store and be there when they open before the crack of dawn.  This is a tradition for them but not for everyone.

In the United Kingdom and other Commonwealth nations, they have Boxing Day.  This is celebrated the day after Christmas and has become a shopping day, but it started out as a day when Lords and Ladies passed out Christmas boxes filled with goodies to their servants. It was also the day that Clergy gave out boxes to the poor in honor of St. Stephen.

In addition, parts of Ireland, Wales, and the Isle of Man celebrated Wren day on December 26th. Young boys would catch and kill a wren, hang it off a pole before going house to house to sing the Wren song in the hopes of collecting donations. It is believed to have originally been associated with St. Stephen,  Fortunately, over time, this celebration is fading into obscurity.  Speaking of St. Stephen, December 26th is the day to celebrate him.  He is the one mentioned in a couple of Christmas carols as giving to the poor.

Then there is the Kwanzaa celebration which goes from December 26th to January 1st.  This relatively new holiday began in 1966 to celebrate African traditions. It has uses a Kinara or special candle holder with one black, three red, and three green candles representing the future, the people, and the struggle.  In addition the candles represent the seven principles of unity, self-determination, collective responsibility, cooperative economics, purpose, creativity, and faith.  Each day of Kwanzaa focuses on one of those principles. On December 31st, one celebrates with a feast and at the end, there is gift giving.

Remember the famous "12 days of Christmas" song which is heavily associated with Christmas?  Well, it is actually talking about giving gifts beginning on Christmas and ending in January.  The first day, Christmas Day, is when the person give his love a "Partridge in a Pear tree" and each day gives something else. It ends on Epiphany, January 6th.

Epiphany is another celebration which is also known as Three Kings day.  This is said to be the day that the three wisemen first saw Jesus and presented him with gifts.  This is also the day where children in Spain receive their gifts.  In Puerto Rico, children go to bed on January 5th after sliding a box filled with hay under their beds so the three wisemen will leave good gifts and in France, people bake a King cake with a hidden coin, toy, or jewel.

Then on December 31st, we have New Year's Eve where we ring in the New Year by watching television, having Champagne or just enjoying a quiet night at home.  In Japan, they celebrate it by having small family celebrations with bowls of Udon or Soba noodles.  The idea is the long noodles bridge the old year to the new year.  In addition, Shinto shrines prepare Amazaki (a fermented rice drink) for visitors at midnight while the Buddists strike bells 108 times to celebrate each desire that causes human suffering.

Other interesting New Years traditions include jumping off a chair to the floor at midnight in Denmark as a way of jumping into the New Year.  The people in this country also go around breaking dishes on people's front steps because the more shards one has on New Year's day, the more luck they'll have in the coming year.  In Columbia, people grab an empty suitcase to run around the block as fast as they can to ensure they have a year full of travel.  The fast they run, the more travel they'll do.

In other places, they open the door and window to let the New Year's out but that can be difficult when it is -40 outside with a strong wind blowing.  Then in certain Latin American countries you want to choose the color of your underwear based on if you want love (yellow), romance (red), or luck (white).  In Puerto Rico, they believe in throwing a bucket of water out the window to get rid of bad luck and they sprinkle sugar outside to invite good luck in.

So there are still several traditions to enjoy over the next week or so.  Let me know what you think, I'd love to hear.  Have a great day.

Email ThisBlogThis!Share to TwitterShare to FacebookShare to Pinterest
Labels: After Christmas Traditions.