The Movie And Television Rating Systems. 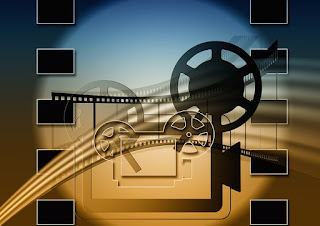 Anytime you watch a movie on television, via streaming, or DVD, they all have some sort of rating to notify you of the type of content found within the film. Most of us are familiar with the current system that started in 1968 but there was something in place long before then.

Way back in 1922, William Hays created the Motion Pictures Distributors Association of America also known as the MPAA as a way to protect the fledgling film industry.  This was when Hollywood began blossoming and making it's mark on the world.

About eight years later, in 1930, William Hays created the Motion Picture Production Code or Hays Code which stated what could and could not be done in movies from a moral standpoint. The Hays code came about after the public complained about the "lewd"content of various films.  Consequently, there is an obvious difference between movies made before the code and those completed after due to the new regulations.

Basically the code said that any criminal or immoral acts shown on screen had to be punished showing that karma got them.  In addition films could only show the proper standards of life for the time, the law had to be upheld, and there was to be no nudity or sexual encounters shown and so many other things.  Consequently, everything shown had been cleans so nothing real showed.  At first the code was voluntary but in 1934, it became mandatory.

Although the Supreme Court ruled that the content of movies were covered by the first amendment, the Hays code also known as the production code remained as written  until 1968 when a huge change was made.  The ratings changed from monitoring the moral content of films into one to inform parents about the content contained in the film.  The new system became voluntary rather than mandated as the old one.

The new rating system had G indicating anyone could go see the film, M telling people the content was for the mature watchers but this was changed to PG indicating parents should decide if their child should take it, R for movies that no one under the age of 17 should see without a parent, or X for adults only.  Some of theses ratings  were changed later on such as NC-17 replacing the X rating because X gained the reputation of being pornographic while the PG was split into PG-13 and PG.  The PG -13 indicated the movie is not appropriate for anyone under the age of 13 should not see it due to the content while PG is simply saying parents should decide if the movie is appropriate for their children.

In recent years, many cable channels have instituted a television content rating system.  The television content rating system was designed by the television industry to give parents a better idea of the type of material each show has.  It was modeled after the movie rating system so people are semi familiar with the concept already.  These ratings tend to use certain letters to give additional information on the content such as D for suggestive dialog, L for crude language, S for sexual situations, V for violence, and FV or fantasy violence for children's programming.

These letters are used in addition to a general rating such as TV-Y which means it is good for all children  and does not contain frightening material for very young children while TV-Y7 is recommended for children over the age of 7.  Then there is the TV-G which is good for everyone, while TV-PG recommends parental guidance suggesting it may have material that is not appropriate for the younger ones.  TV-14 means that the material contained in the program is not recommended for anyone under the age of 14 while TV-M states the show is best for mature audiences.

So both the movie and television rating systems are designed to provide parents with information to make an informed decision about letter their children watch or if they want to watch something.  Let me know what you think, I'd love to hear.  Have a great day.