Who Was Betty Crocker? 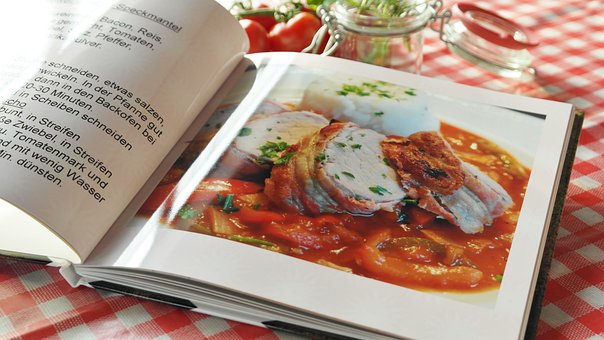 Betty Crocker is what we would call in today's world a brand due to having a line of baking and dinner kits, flours, and books.

The idea of Betty Crocker came out of a promotion offered by Washburn Crosby Milling company, one of the predecessors of General Mills.

If the reader put together the puzzle showing a milling scene, they'd receive a pin cushion.  In addition to receiving entries to win the pin cushions, they also received questions on baking.  In response to the response, the advertising department head decided that a woman needed to answer all those questions so the company created Betty Crocker.

The name Crocker came from the last name of the mill's retiring president while Betty was chosen because it sounded quite friendly.  The female employees were invited to submit signatures to be used on all letters,  the winning one was submitted by a secretary and is still used today.  Washburn took advantage of the situation to respond to questions, created cooking schools across the country, and employed women at home to test and check out recipes of their flour.  As these classes grew, Washburn/General Mills developed a Home Economics department which eventually morphed into the Betty Crocker test kitchens.


In 1924, Washburn Milling purchased a local failing radio station, changed it's call letters to WCCO to stand for Washburn Crosby Company and began broadcasting a weekly show "Betty Crocker Cooking Show of the Air".  The show was an immediate success and expanded to 13 regional stations.  If listeners completed a certain number of reports and sent them in, they could "graduate".  In it's first year, 238 women ranging in age from 21 to 82, graduated.  Every station had it's own "Betty Crocker" who read the script provided by the company and in 1927, the show was picked up by NBC.  The show went nation wide and had at least one million people who participated over the 24 years the show ran.

In 1928, Washburn and three other mills joined together to form General Mills and the company continued to grow and promote it's gold medal flour.  By the 1940's, a survey discovered that 9 out of 10 people knew who she was and according to a 1945 issue of Fortune, she was known as the First Lady of Cooking and the second best known woman in the world, just behind Elenor Roosevelt.  Furthermore, Betty Crocker provided instruction via the radio on how best to use rationed foods and created a booklet on the same topic that about seven million people requested.

Furthermore, in the early 1950's television offered some opportunities which Betty Crocker took advantage of.  She appeared on Burns and Allen to teach them to bake a cake and on other shows.  This lead to the Betty Crocker Search for the All American Homemaker of Tomorrow" premiering in 1954 and running till 1977.  The competition allowed high school seniors to compete in cooking, baking, and household management and possibly win the chance to compete nationally and win a scholarship for college.

Around the same time, the first Betty Crocker cookbook hit the stores and has undergone 11 revisions up to now. In addition, Betty Crocker has also published various specialized cookbooks and a magazine.  The red spoon logo with Betty Crocker written on it began appearing on products in 1954 but the first picture of her did not appear until 15 years after her conception.  In 1936, a New York artist created the first picture by blending pictures of several female employees of the company and it remained for 20 years until the picture was softened.  Then in the 1960's the portrait was updated twice so she looked more up-to-date and hip.

In the 1970's, Betty Crocker switched from the homemaker look to a business women to match the movement of women into the workforce.  In the early 1980's they softened her image so she looked more relatable to all women and in 1986, her image was readjusted to look more professional and approachable.   In 1996 to celebrate Betty Crocker's 75th anniversary, the company conducted a nationwide search for women who embodied the spirt of Betty Crocker and combined the features into one painting.

When most people think of Betty Crocker, they think of either a cake or Hamburger Helper but the first product they marketed was actually a soup mix that hit the stores in the early 1940's. For someone who came out as the answer to a demand, she is quite well known.  Let me know what you think, I'd love to hear.  Have a great day.