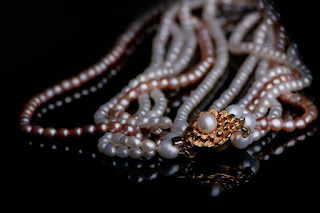 If you say "Mardi Gras" to anyone, they will instantly think of the parade that weaves through New Orleans with people in costumes and beads galore.  The "Mardi Gras" celebration has been around a very long time,  Long before New Orleans but the 2021 celebration will be different.

Marti Gras has been traced back to medieval times as it moved through Rome into France and from there to France by the 18th century.  When the  French-Canadian explorer, Bienville, arrived in 1699, he named a bit of land 60 miles south of New Orleans "Point du Mardi Gras" because it was the evening before the "Fatted Calf" holiday.

Just four years later, Mobile had their first "Beouf Gras" celebrations and in 1710 people there formed the "Beouf Gras Society which sponsored parades from 1711 to 1861.  In the Mobile parade, they had a huge bulls head, 16 men pushed down the route on a wagon but this was replaced with a real bull dressed in white signaling the beginning of lent.  It was always held on Fat Tuesday.

Bienville went on to found New Orleans in 1718.  By the 1730's the Mardi Gras tradition had been established in New Orleans but not with parades.  Instead, the Governor celebrated with society balls upon which today's Mardi Gras balls are based. It wasn't until 1781, that the first reference to a Mardi Gras "carnival" appeared in written reports.

Celebrations expanded so by the late 1830's there are records of possessions or parades of maskers with carriages and on horseback made their way down torch lit routes in a festive mood. Within 30 years, the annual parades had floats also known as "tableau cars". Then in 1870, newspapers began printing information about events ahead of time while printing a "Carnival" edition filled with lithographs of the fantastic floats after the event because it was imperative to keep the design of your float secret until it hit the streets. Although newspapers published pictures of the floats, it wasn't until 1886, they were able to print the pictures in full detail and in color thus sharing all of the beauty and genius of the designers of the day.

Then in 1873, for the first time, all floats were constructed in New Orleans, rather than in France thus eliminating shipping and transport.  In 1875, the Governor declared Fat Tuesday as a legal holiday in the state and it remains one even to today.  The parade has had few interruptions including the pandemic back in 1918 in addition to both World Wars.  It has been stated that due to Covid-19, the parade for 2021 will not happen since it is seen as a possible "super spreader event" but the celebration will remain because Mardi Gras is a religious holiday and cannot be cancelled.

At this point in time, no one is quite sure the form 2021 Mardi Gras celebration will take as they are still working out the details.  One thing is they will most likely require social distancing, and masks.  It is important to keep an eye out to see what the final form takes.  Let me know what you think, I'd love to hear.  Have a great day.