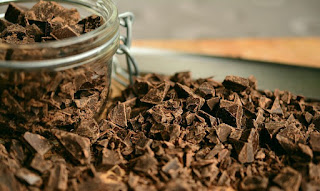 If you enjoy chocolate, you know that some form of controversy still surrounds it. I don’t eat much chocolate but there are just times when you have to have it.  Popping a small piece in your mouth after a long hard day at work can put a smile on your face and make you feel better.

I’ve done some research and the answer to the question “Is chocolate good for you?” is “It depends.”  Yes, that’s right,  It depends.  So let’s delve into the topic in more detail so you know why you got that answer.  First of all, we need to distinguish between cocoa and processed chocolate.

As for cocoa powder, there are two types one needs to be aware of.  First is natural cocoa which has nothing done to it and the other is Dutched.  Dutched cocoa powder has been treated with an alkali to increase the pH and cut the sharpness of the flavor.

Overall, studies indicate that both seem to reduce the risk of heart disease and Flavanols from the cocoa bean also reduce cell damage associated with heart disease.  In addition, flavanols are found in higher concentrations in dark chocolate and might help reduce blood pressure.

Mayo clinic recommends using cocoa because it is lower in fat, sugar, and calories than commercial chocolate.  If you use too much commercial chocolate, it  could contribute to weight gain, higher blood pressure, and contribute to heart disease.  The American Cancer Society says that if you really must have your chocolate, look at enjoying dark chocolate that has at least 70% cocoa because it has less fat, sugar, and calories making it a healthier choice.

Dark chocolate with 70 to 85% cocoa is better for you in other ways such as containing fiber, iron, magnesium, copper, manganese, along with potassium, phosphorus, zinc, and selenium. In addition, the fats found in dark chocolate are a combination of saturated and monounsaturated with a bit of polyunsaturated.  It also has certain organic compounds that are active and function as antioxidants contributing to possible lower of LDL cholesterol.

So if you want to enjoy the benefits of chocolate, switch to dark chocolate which is better for you.  I discovered that I am satisfied with a small piece of dark chocolate but if I eat milk chocolate, I want more and more due to the sugar in it.  Let me know what you think, I’d love to hear.  Have a great day.

Email ThisBlogThis!Share to TwitterShare to FacebookShare to Pinterest
Labels: Chocolate.