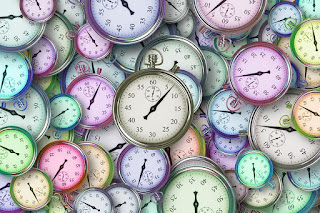 I am one of those people who tend to be groggy for the first week after either time change and my body seems off since the clock doesn't match up with the time my body says it should be. I know people who have to work Sunday's and they hate the change, while others love it because they think they have an extra hour.

I've done some reading on how going on daylight saving time does not really save us all that much and it can interfere with our health and our lives.  I keep hearing that it can save money because everyone has more daylight, especially after work but I might argue with that depending on where you live.

In many states where it gets hot in the summer, being on daylight saving time is not an energy saver.  Think about it.  If it gets hot, then the temperatures don't drop until after the sun has set.  If the sun sets later, that means a person might have to run their air conditioner for longer thus costing them more money.

In addition, research has shown that people are involved in more accidents for the first few days after going onto daylight saving time. In addition, the number of deaths associated with traffic accidents also increases.  I suspect that has to do with the sudden one hour change leaves us groggier than normal so our reflexes are slower and we are not attentive.

Furthermore, its been discovered that this change increases the chances of having heart attacks and strokes and such in the first day or two after the time change.  I suspect that this change can be more stressful for some people and they end up suffering a stroke when they might not otherwise.

Since scientists have had a chance to research the effect daylight saving time, many countries have decided to stop doing it because the advantages of staying on either on standard  or on daylight time is more beneficial to it's population.  I live in Alaska and we'd rather stay on standard time because we have such long days in the summer.

I have a relative who farmed for years and he said daylight saving time is for people not for farmers because the cows were ready to be milked at the same time every day and they don't go by the clock.  If I could vote, I'd say get rid of all the time changes.  Let me know what you think, I'd love to hear.  Have a great day.