Caffeine - Yes or No 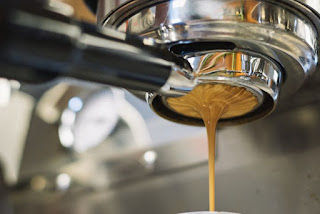 I am a tea drinker by nature.  I like my tea black, strong, and hot but my siblings are coffee drinkers who need their coffee to get going in the morning.  I’ve read about it.  I’ve seen it as an ingredient in topical eye creams.  One time I went to the United Kingdom, I ended up drinking some orange drink that gave me issues and I found out it had a ton of caffeine in it.  So is caffeine good for us?

Well, when used as part of your daily facial routine, definitely.  Caffeine when used around the eye area tends to constrict blood vessels that lie below the surface while reducing dark circles under the eye and decrease puffiness.  Unfortunately, you can’t just take your leftover tea leaves or coffee grounds and slap them on because they don’t have enough concentration of caffeine to work.

On the other hand, if you want to enjoy caffeine in your drink, that is a different topic.  Caffeine is not only found in coffee and tea, but is often added to sodas and energy drinks.  Caffeine is considered a natural stimulant that works on your central nervous system.  It can be used to create a temporary increase in alertness and  energy but it peaks about an hour after being consumed and half is eliminated by the body within four to six hours after consuming caffeine.

It has been found that people react differently to caffeine based on their sensitivity and how quickly the body digests it.  If the dose of caffeine is too high, it can cause both heart rate and blood pressure to increase but under normal circumstances, the intake of caffeine should not affect either.  In addition, there is some evidence that caffeine can help the brain protect itself from dementia and it can help you during your exercise sessions while boosting your metabolic rate.

On the other hand, there are some issues with caffeine that make it so it is not good for you.  Some people  find it is addictive so when they decide to quit, they go through withdrawal symptoms.  This substance can also cause some people to experience headaches or migraines.  There is also a possibility that the caffeine may interact with certain drugs so it is important to talk to the doctor when you are prescribed a new medicine.  Unfortunately, it can also cause anxiety in individuals.

As far as drinking coffee, tea, soda, or energy drinks, coffee and tea have no calories unless you add sugar or milk/creamer.  Soda and energy drinks tend to be quite sweet and it’s the added sugar that can cause weight gain.

So caffeine can both be either good or bad depending on the individual. I love my tea whether it’s black, green, oolong, or white but I drink mine unsweetened.  Let me know what you think, I’d love to hear, Have a great day.

Email ThisBlogThis!Share to TwitterShare to FacebookShare to Pinterest
Labels: Caffeine - yes or no