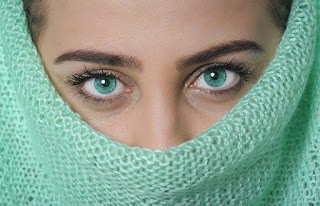 Remember, eyebrows help frame your eyes and your face.  They also divert moisture such as sweat and droplets of water from your eyes.  No matter, everyone wants to have a nice pair of eyebrows.

There are several factors that contribute to the type of eyebrow you have.  Genetics does polar a role in whether you have thick or thin eyebrows but certain medicines, injuries, medical conditions, and excessive use of vitamins can cause you to lose hair from your eyebrows.

One way people make it appear as if they have thicker eyebrows is with the use of cosmetics but some go so far as to get plugs of hair transplanted to fill in their eyebrows. Physically, the surgeon takes plugs of hair including the roots from the nape of your neck or behind your ears and surgically places them in your eyebrows.

The surgeon removes the hair and places it in a saline bath before they are replanted. This procedure is usually done under local anesthetic so you don't feel anything.  Once the surgeon has completed the process, the area is left open so a crust can form around the follicles. In addition, there will be some bruising and swelling but after a few days, the crust falls off and the swelling goes down.

Then the hair that was transplanted falls out but new hair should begin emerging around the three month mark but if this doesn't happen because the graphs didn't take, you can try again at around nine months but it depends on the judgement call of the doctor.

The people who are most likely to consider an eyebrow transplant are those who suffer from burned eyebrows, scarring, tumors, a disease that causes their hair to fall out or those who pull it out, an under active thyroid or someone who has consumed too much Vitamin A.

There are some possible side effects you need to be aware of should you want this procedure.  First of all, some of the plugs may not take so there will be patchy areas in the eyebrow.  In addition, the alignment might be off due to where the plugs are placed during surgery and the individual hairs could end up growing in different directions if the plugs are not carefully lined up.  Other risks include additional bleeding, scarring, infections, bruising, and significant swelling.

The best results occur during the first two to three years and then the hairs can start falling out and you might need to have more plugs put in. The cost of this procedure ranges between $3,000 and $8,000 depending on where you live, if you are covered by insurance, and other factors but in general your health insurance will not pay for it unless it is deemed a medical necessity. If you decide this is for you, check around, talk to those who do it, ask for recommendations, and avoid cut-rate clinics since their work may be subpar.

I know I'm not interested in this type of thing since I like my eyebrows but I know there are people who may choose to undergo such a procedure.  Let me know what you think, I'd love to hear.  Have a great day.