It's That Time Again for New Years Resolutions. 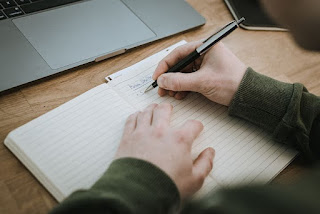 It's that time of year again, when we sit down and create a list of goals for 2020.  It is so easy to go overboard on that list.  For instance, deciding to go to the gym but we decide on going everyday for 2 hours instead of looking at what we can easily accomplish.  I've seen people show up at the gym beginning January 2nd and they are there so much but by March, they've burned themselves out.

I am one of those who always puts exercise on my resolution list because its the way to help me stay on course but this year I've been slack about exercising.  It has to do with both my parents passing four months apart.  That left me kind of depressed but I need to exercise to help me stay fit and in a better mind.

So what types of resolutions are the best to choose so we are able to stick with things the whole year long because people are unable to keep over half their resolutions. The best resolutions are those that are doable and mean something to you.  For me these are exercising and trying for a healthier diet but others have resolutions that meet their desires and needs more.

According to one study, most people manage to carry out their resolutions to the end of January before they give up. This is often because the resolution is based on what society or someone else thinks it should be rather than individual need. Another reason for failure is that the resolution is way too vague or there is no plan in place to make sure the resolution is carried out.

Each successful resolution needs to be achievable so rather than making it too large such as wanting to pay off your house in 10 years instead of 30, you might change it to paying an extra $150 per month so you shorten the length of your loan.  So when you look at your resolutions, you need to determine if it is something you can do or if you are setting yourself up for failure.

In addition, the resolution must be relevant to you because it matters to you.  If you decide you want to go to Florida next summer because all your friends have made that goal and you don't like Florida, you are less likely to reach the goal. On the other hand, if you would rather see a show in New York City, then that should be your goal.  It is understood that some goals are harder to accomplish during the time of COVID but you can still have your goals and you never know.  Things are changing all the time.

Finally, all resolutions need to have a time scale to go with them.  This means rather than focusing on one final goal of say losing 30 pounds next year, you might decide concentrate on losing 2.5 pounds every month as this is more achievable and easier to make because the goal is set up in timed increments.

Once you've written your list of resolutions, you need to have determined the ways you can use to get there. If you are trying to begin a new habit or get rid of old habits, you need to break the habit into three parts: the cue, the routine, and the reward.  The cue is what signals you to do it such as you get bored so you want to eat.  The routine is what you do such as going to the refrigerator, the reward is no longer feeling bored.  This is a bad habit you want to change so when you get bored, you know you want to eat so rather than going to the fridge you might change the routine to taking a nice walk outside so you feel better.

Check back Wednesday for the second half of learning what it takes to be successful with your New Years resolutions.  Let me know what you think, I'd love to hear.