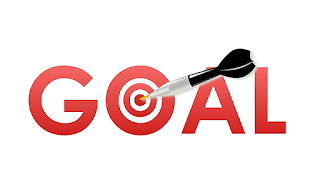 So far, you've made your list of goals and you've analyzed what triggers you have for habits you want to get rid of and those you want to start.  What do you need to do next to make it possible for you to meet your New Years Goals.

In order to meet your goals, you have to make it personal.  When analyzing your goals you want to start, set an easy cue and an obvious reward.  If it is a brand new habit, you might consider working your way into it.  For instance, you might want to start walking every day so for the first week, you just get into your walking clothes with shoes but you don't leave the house.  During the second week, get dressed in your walking outfit and then walk around the block. The following week, add a bit of distance so you feel as if you are making progress towards your goal.  On the other hand, the reward needs to be an obvious reward to your body feels as if it wants to do this.  The goal might be a long leisurely shower, a small piece of chocolate, or just the pride you accomplished it.  To monitor this last one, write down how proud you are in a journal.

Furthermore, the plan should take into account that for any hurdles that come up.  You might want to walk everyday but sometimes you can't due to things like blizzards, tornadoes, or your trip to town took longer than expected.  If you don't make it that day, don't berate yourself.  Instead, think about starting again the next day.  In other words, forgive yourself for messing up and know you can start on the path the next day.  In addition, have a plan in place for times such as this.  It is especially helpful because people get frustrated when they perceive a lack of progress.

So it is suggested, people use the small numbers game to help them reach their goal.  For instance, you are running five miles that day but you need a bit of a boost to make it.  Change the way you think.  Rather than thinking that you've done one mile and have four to do, think of it as having run one mile and if you do one more, you'll have doubled the distance traveled.  The first is considered a negative thought, the second positive. In other words, rather than looking at the whole distance you have to go, look at what you've already accomplished.

Another thing to know is that thinking positively may not help us meet our goals because when we think positively, we often picture our success and daydream about it but that can stop us from reaching our actual goals.  Instead, we need to think positively but realistically.  It is suggested we think about what we wish which is what we want, what is the outcome or what do we want our lives to look like when we get there, what will stop us from reaching the goal or what sidelines us, and how do we get around it.

The best way is to set up a plan with built in flexibility.  So instead of saying I will go to the gym every morning at 5:30 am, you might change the last part of I will go to the gym every day so if you can't get there at 5:30, you and still go during the day and still be successful. Community support also helps keep you on track but it might be with friends, via social media friends or online support groups or give a relative money such as $100 to hold for you until you reach your goal. There are ways, especially during the time of COVID.

Finally, if you get off track, don't give up for the year, instead, start reaching for the goal again.  After all, the goals do not have to be tied to New Years, they can be tied with the next Sunday or Monday.  There are no rules that say, you can't start again as needed. In addition be kind to yourself. Instead of calling yourself stupid names and designating yourself as a failure, tell yourself, you can.  Look at what happened, admit it, and then ask yourself what can you do to get back to it.  We are human so we will trip up.

Spin the negative into a positive and keep moving.  Never give up.  Let me know what you think, I'd love to hear.  Have a great day.