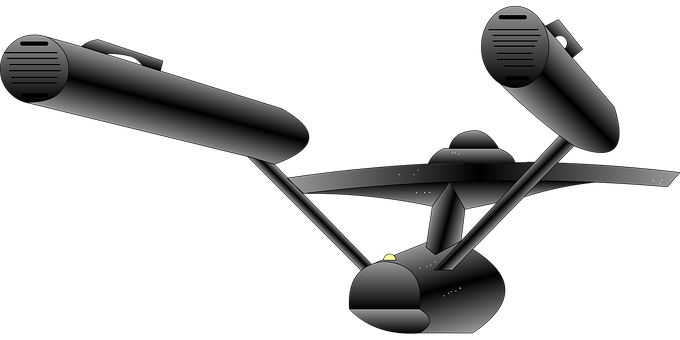 Star Trek premiered in 1966.  It made history with its first interracial kiss but it came up with technology that exists now but did not when it premiered.

I went to a talk in Puerto Rico where several people talked about what things have come true since then.

1.  The hand held communicator used by Kirk and the others.  They would flip it open and talk to others or to the ship.  It is recognized as the flip cell phones used by many people before the smart phones became prevalent.

2. The ear piece used by Ohura, the communications officer.  She wore it in her ear all the time and could communicate with others.  You see it all the time now as people wear blue tooth earphones so they can talk to others.

3.  Remember the portable computer systems used by people on the show.  They used little tablets to help carry out their duties.  Today, you see everyone with them.  I own two.  They are called iPads or other tablets.  Most people own at least one.

4.  The flat screened computer monitor used by the captain to chat with others face to face is alive in today's world.  We know it as Skype or face time.  Ways we can talk to anyone across the world while enjoying seeing them. Did you know there is something called Mystery Skype where students talk to a person using Skype and only using yes or no questions, they try to figure out where the person is they are chatting with.

5.  Do you remember watching one of the people using the computer navigation system to get to various places?  Now most people use a GPS to find there way.  I do not use them and hate them with a purple passion because they do not always know the one way turns.

6.  Although Phasors could either kill or stun a person, the away team more often used them to stun the opposition.  Well now, police use tasers to stun people who are resisting.  I do know a few who keep one handy to protect themselves.

7.  Remember the tri-corder used by the Doctor to determine people's illness? Doctors are using similar devices to help them diagnose people's illnesses.  The last time I went to the doctor's office, they ran something over my forehead and it recorded my temperature.  It was fun.

8. At various points, they used universal translators so everyone on the show spoke in English.  It made it possible for everyone to communicate.  There are apps which can translate from one language to another in real time.  Much like the translators do at the United Nations.

9.  They never had doors with handles aboard the Enterprise.  Instead the doors automatically slid open just like the doors do at hotels and stores.

10.  I don't know if you remember the Star Trek movie where they park the enterprise in San Francisco at the Golden Gate Park because they had to bring a whale back to the future.  Scotty has to arrange for  transparent aluminum to be discovered so it can be manufactured to hold the whale in water.  The military uses something similar as armor.

11.  The transporter provided a way for people to get from the ship down to the planet without using smaller ships.  A university in the Netherlands managed to move a few particles of mass a distance.  Maybe someday we'll have transporters ourselves.

12. The computer provided voice interface so the computer interacted with all staff members.  Now we find it in Alexia and other voice recognition software used by machines which interact with humans.

Imagine, at least one dozen items dreamed up over the course of the series and the movies which have come into common use by the general population.  I think that is so cool.  I'd love to hear what you think.
Posted by Lee MacArthur at 4:00 AM

Email ThisBlogThis!Share to TwitterShare to FacebookShare to Pinterest
Labels: Star Trek is Now.