I just spent Friday through Sunday attending and teaching classes on all aspects of costuming.  The classes included both lectures such as a survey of space suits, fabrics that can be used for the 40's, making Arduino driven blinky clothing.

Other classes included hands on such as making leather gloves, or fitting a mid 18th century bodice, or creating a wearable duct tape outfit.

There are dances, teas, and just so many activities, you never have the opportunity to get bored.  The picture is of me in the outfit I wore to the ball.  I was asked if I designed it with a nod to Wonder Woman.   No, I just liked the material.

The ball comes with a wonderful sit down fancy dinner and dancing.  One tradition at the dance is doing the Time Warp from the Rocky Horror Picture Show.  Imagine people decked out in outfits from the the time of Christ (we had a Roman Officer with Cleopatra) to the Future with an alien in a wonderful white outfit and huge lit implement!

This year I lectured on the history of Airline Stewardess uniforms from 1930 to 1980's with an emphasis on the 1960's.  The 1960's were wild with crazy outfits such as those done by Pucci for Braniff.  Then there were outfits conveying the era of dance hall and saloon girls.  Of course Air West, PSA and TWA all had micro mini's which showed lots of legs. My personal was the uniforms made of paper.  The idea was you wear them once and then throw them out.

I also taught several people how to create wearable fashion from duct tape.  It went well and the outfits came out fantastic.  I had fun.

I've included some pictures from the social held Friday night just before the first dance.  I hope you like them. 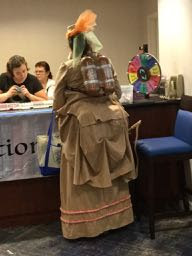 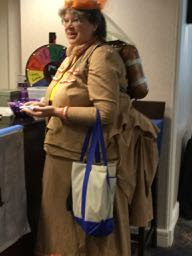 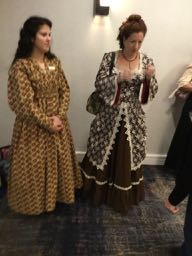 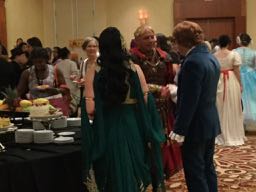 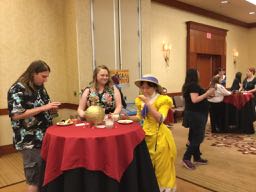 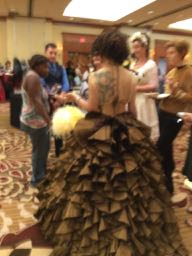 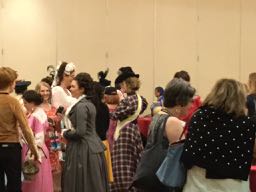 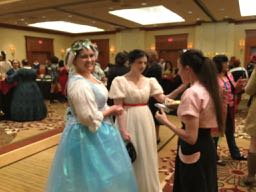 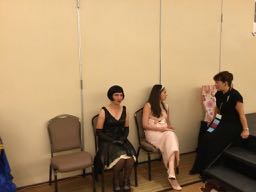 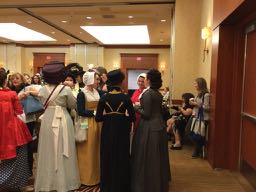 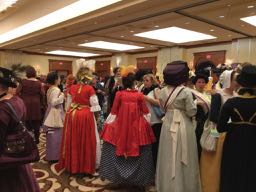 Let me know what you think.  Most all of these pictures are not posed and just taken at random.
Posted by Lee MacArthur at 12:30 PM

Email ThisBlogThis!Share to TwitterShare to FacebookShare to Pinterest
Labels: Costuming