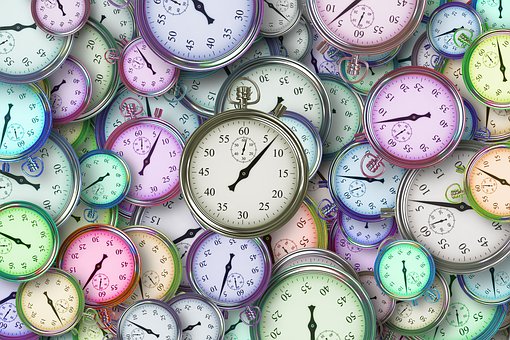 Unless you are fortunate to live in one of the few places that does not follow Daylight Savings time, you will have to make sure all clocks are moved forward one hour.  I realize that most people rely on digital devices for discovering the time so they don't have to worry about resetting those but if you have a clock on your stove you might have to change those.

We know the idea has been around a very long time but it hasn't been used regularly until the 20th century.  Even over the past century, the rules for when it commenced and ended changed according to the rules implemented by the government among others.

According to resources I've read, Benjamin Franklin is the one who came up with the idea when he lived in Paris as the American Ambassador.  His idea simply said that people would use less energy during summer months if they had one more hour of sunlight during the evening.  It didn't take off until World War I when Germany implemented it as a way of saving energy.  Others in Europe followed and finally the United States adopted it in 1918 but ended it when World War I ended.

In 2007, the government changed the rules again to begin Daylight Savings time the second Sunday of March and ending the first Sunday of November which is why it didn't start till March 8th this year instead of the first.  There are at least two states that do not participate and other states working to become exempted.

There are a few things about going on Daylight savings time we don't think about because they may not effect us directly.  For instance, television ratings tend to drop in the spring just after it goes into effect.  This has to do with the amount of light available and the changing temperatures.  During winter, people are more likely to come home, switch the television on and enjoy watching an evening of programming but when the clocks change, these same people are more likely to run errands or enjoy outdoor activities.  One study showed that television shows lost 10 percent of their viewers on the Monday night right after the change.

On the other hand, both the bbq and golf industries love the change because the extra evening daylight means more people are out golfing or having barbecues so the industries are making more money.  In fact, the candy makers also love it because the additional sunlight, even in October, allows children to be out a bit longer collecting candy.  More light + more children = more candy given out.

Research has also discovered that SAT scores can drop immediately after the time change because it messes with teen-agers sleep patterns so they get less sleep.  They found there is a 2 percent decrease in scores at this time of the year.  It has also been found that people are more likely to have more accidents, more heart attacks, and more cluster headaches.

In addition, one reason given for using Daylight Savings time is that it saves energy.  According to a study done by the Department of Transportation, Daylight Savings time results in a one percent savings of energy every day but according to another study done by the University of California, people use between one to four percent more electrical power during this period of time.

Personally, I hate Daylight Savings time because I live in Alaska and by the time we go on it, we already have a nice amount of day light.  It really doesn't make any difference up here.  Let me know what you think, I'd love to hear.  Have a great day.