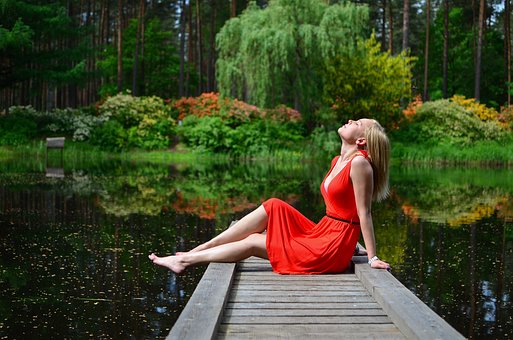 Fashion is a big thing with the various houses, the fashion weeks, the frenzy, and all the things associated with it.  Of course many of us end up relying on off the rack from Target or Walmart because we don't have the funds for the more expensive things.

Have you ever wondered where the houses, the shows, and the designers came from, how they evolved?  I have because I'm interested in history in general.  I am not the most fashion conscious due to living where it is super cold and many of those wonderful outfits don't keep you warm at -58 including the wind chill factor.

John Redfern, an English tailor is credited with building the first fashion house.  He opened his first establishment in 1850 on the Isle of Wright.  Although he trained as a tailor, he began by opening a drapers place.  In case you don't know, a drapers establishment sold fabrics and notions to others, kind of like Joann's or Hancocks without all the crafty stuff.

About 20 years later, he started offering garments made out of silk and women's outfits for mourning. As time passed, he added yachting outfits and other creations for women since the Isle of Wright was the center of yachting activity.  This lead to him being classified as the first designer of tailored women's clothing.  In opposition to another leading designer of the time, he set up establishments near his clients so he'd be closer to them, rather than having them come to him.

Eventually, he had two fashion houses in New York City and one each in London and Paris.  By 1882, He became Tailor by Appointment for the Princess of Wales and within three years, he was also Tailor by Appointment for both Queen Victoria and Queen Emma from the Netherlands.  John Redfern considered himself a ladies tailor and he had it printed on all his advertisements.  Many of his tailored outfits appeared in Harpers Bazaar Magazine.

When his sons took over the business in 1892, they expanded beyond the tailored look into general garments and turned their Paris location into a full service couture house.  Their other houses carried their Paris creations and continued doing local tailoring.  Unfortunately, the houses went out of business by 1940.

One of Redfern's major competitors was Charles Worth whose name says it all.  Charles Worth was born about the same time as Redfern in England.  He apprenticed with two different textile manufactures so he learned all about fabrics.  At the same time, he spent time in museums checking out historical portraits to learn more about fashion.  Eventually, he moved to Paris in 1835, where he landed a job with a textile company as a salesman.  He soon convinced his boss to allow him to open a small dressmaking department with himself as lead dressmaker.

He created prize winning styles for the Great Exhibit in London in 1851 and the Exposition Universalle in Paris in 1855 and this lead to him opening his own firm in 1855.  He opened his establishment at the same time as Napoleon III came into power, married, and his wife patronized the House of Worth.  Worth was known for known for his use of luxury fabrics and trimmings with historical detail, and his attention to detail.

He promoted himself as the best out there, designing for Sarah Bernhardt, Lillie Langtree and many others of the time.  He insisted that his customers come to him in Paris if they wanted his clothing.  As he aged, his sons took over the business , continuing to produce world class fashions until 1952 when his great-grandson retired from the business.

Most of us have heard of Charles Worth with his Worth gowns but few of us have heard of Redfern.  I don't know who was really the first designer with the first fashion house but either way, they both created a new way for women to have fashion.  Let me know what you think, I'd love to hear.  Have a good day.