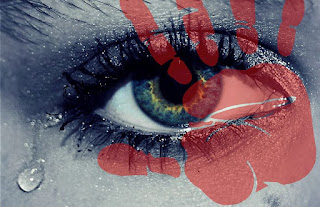 The internet has been around long enough that scientists have conducted studies to see what is going on with cyber bullying.  One conclusion they've reached is that cyber bullying is quite different from the traditional bullying.  Cyberbullying is defined as deliberately and repeatedly harming someone via a digital or electronic device.  It does not involve face-to-face interaction and this makes it so much easier.

In cyberbullying a person makes a "joke" or "comment" via text or a post and it is not funny at all.  In fact, when the "jokes" or "comments" are repeated it can cross the line into cyberbullying. Think of it this way, a person can set up an online persona protected by an e-mail address that they can hide behind. This provides a feeling of protection that they can say and do what they want because they have a certain level of anonymity they can hide behind.

A study from the University of British Columbia  indicated that cyber bullying is more prevalent than the traditional bullying among the young.  They discovered that 25 to 30 percent of people surveyed indicated they have either experienced or taken part in cyberbullying. Furthermore, 95 percent of the young people indicated that what they put online was supposed to be a joke and the other 5 percent posted material meant to harm someone.

Furthermore, there are certain elements present in traditional bullying that are not present in cyberbullying.  In traditional bullying, the bully has a need for power and control while actively targeting the victim and is an outlet for aggression. In cyberbullying, teens have become desensitized to the devices and they are more likely to say something online they'd never say in person.

In fact, people can post comments, photos, and other things on line that will remain there forever.  They can post anything be it nice or hurtful without any supervision.  This means many sites focus on one person that they tear apart, post photoshopped photos, and other hurtful things.  Often the posters see what they publish as a joke, not as bullying. Unfortunately, these items can end up on social media, You Tube, someone's personal site, or other place.

It is important to help all people learn the rules to follow if they find they are being cyber bullied, otherwise it will continue and might lead to someone committing suicide due to what is being published.  The first rule for young people is to talk to a trusted adult.  Next everyone can contact the site or host providers about the inappropriate material that's been posted.  Make copies of everything that has been published for proof should it be needed.  Ignore rude comments and always take time to cool down rather than shooting a nasty comment off because it could cause the situation to escalate.

Do not share username or passwords with anyone and make sure your security settings are set for a secure as you can make it.  Make sure you only post things on line that will not come back to bite you.  Choose friends wisely and do not accept all friend requests.  It is important to protect yourself no matter what age you are. Let me know what you think, I'd love to hear.  Have a great weekend.

Email ThisBlogThis!Share to TwitterShare to FacebookShare to Pinterest
Labels: Cyber Bullying Vs Bullying