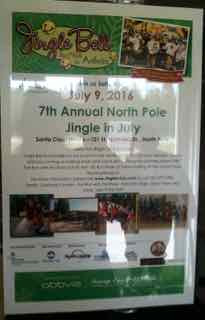 North Pole is a town about 15 miles south of Fairbanks on the Richardson Highway.  It celebrates Christmas all year round between the name of the town, the streets in downtown, and at the Santa Clause House.  Yes, it really exists.

Back when the area was settled in 1940's it was known by Davis, the name of the early homesteaders but when they sold out to company in the 1950's, the company changed the name of the place to North Pole in the hopes they would attract a toy manufacturer.

The company renamed some of the streets to St. Nicholas Drive, Santa Clause Lane, Kris Kringle Drive, and Snowman Lane.  Even the local McDonalds has candy cane street lamps.  About the same time, one of the people changed their trading post to the Santa Claus house which celebrates Christmas year round, selling Christmas themed items.  Of course Santa is on duty so everyone can visit with him.

In addition, this is where many of those letters are sent.  You know, the ones addressed to Santa Claus from children who send their wish list.  You can buy a letter to send and mail it from there so it has the appropriate post mark.

In all the time I've lived in the area, I've never been there but my parents came up so I took them out there.  It was interesting.  I've included several pictures to give you a feel for the business.  Its fun to visit but hard to leave without spending any money.

This moose is surrounded by tons of t-shirts, bibs and other pieces of clothing.  Its one of the first things we saw as we entered the building from the parking lot. 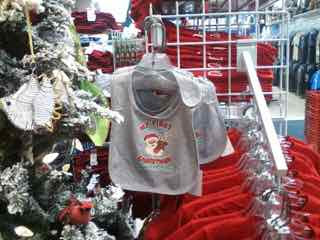 All the clothing, including bibs, has a saying on it associated with Christmas. 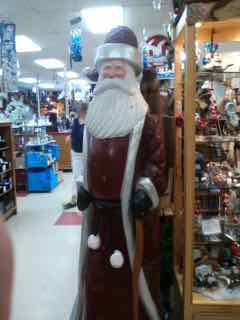 Another Santa Statue located in the building. 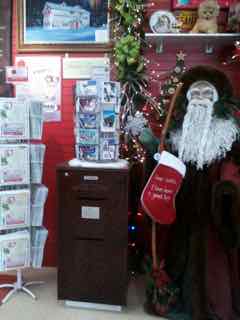 This is the area with  all the Santa Letters to buy and send off to relatives and friends. 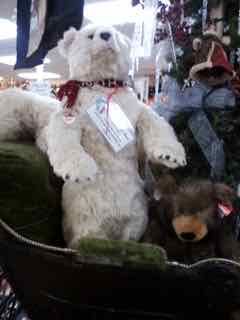 And last but not least, the sleigh filled with toys.

It was enjoyable.  I think I'll save the other pictures for closer to Christmas. Enjoy.