The 10 Worst Smelling Flowers in the World. 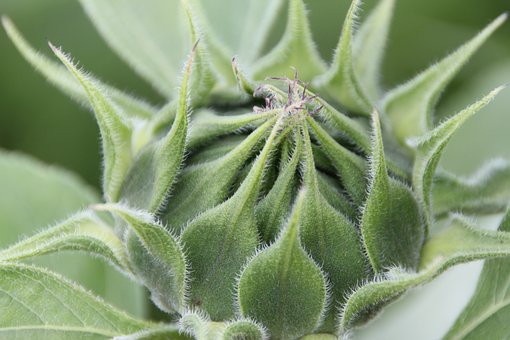 When you pick a flower, or lean over to check one out, you assume the flower will have a great fragrance but that is not always true.  If you have ever seen the television show Scorpion, there is a scene when one of the guys takes a girl to watch the rare blooming of a plant.  When the flower blossomed, it stank and she almost puked.

There are several flower which have a reputation for being among the smelliest in the world.

1.Aristolochia Gigantea also known as Brazilian Dutchman's Pipe, or Giant Pelican flower is originally from Brazil. Its red colored flowers smell like poop but insects such as bee's find it inviting.  It is not conducive to butterfly eggs and larvae so butterflies are not found on it.

2. Stapelia Gigantea or toad plant is native to south eastern Africa.  Although it produces a large 35 cm flower in reds and yellows, it emits a smell similar to rotting flesh which attracts insects, not people. It is a popular houseplant regardless of the smell.

3. Jack in the Pulpit also known as snake head, adders root, wild arum, or starch plant.  This plant is found in the woodlands of Europe and Turkey. Its fragrance resembles poop and attracts insects.

4. Dead Horse Arum Lily is considered one of the stinkiest flowers in the world. It is native to Corsica and the Balearic Islands. Its smell is said to be just like dead meat and it's speculated the flowers name comes from its appearance and smell.

5. Western Skunk Cabbage or Swamp Lantern is found in the swamps and wetlands near the Pacific Ocean. The flowers emit a nasty odor which remains even after the flower has died.

6. Dracunculus Vulgaris also known as voodoo lily, stink lily, or snake lily.  This beautiful purple flower is native to parts of Turkey and the Balkans. Its rotten smell attracts lots of insects.

7. Hydnora Africana has no chlorphyll so it grows underground except for its flower.  The parasitic plant is native to Africa. The flower produces an aroma similar to poop. The plant produces a fruit which takes 2 years to ripen.

8. Rafflesia Arnoldii is one of the largest flowers in the world and it resides in Indonesia.  Its beautiful red flower weighs in at 10 kg with a diameter of 3 feet.  It's smell resembles a dead body but the smell attracts insects.

9.  Titan Arum also known as the corpse flower is native to rain forests of Sumatra, Indonesia.  The plant produces deep red blossoms every one to ten years and the flower lasts only one day.  The smell resembles a decaying body.

10 Bulbophyllum Phalaenopsis is native to New Guinea and this plant is considered an orchid but emits the scent of dead meat.  The blossoms are white, cream, red, and purple.  Its smell attracts insects.  Even though it has a strong smell, people grow it as a house plant.
.
Posted by Lee MacArthur at 4:00 AM