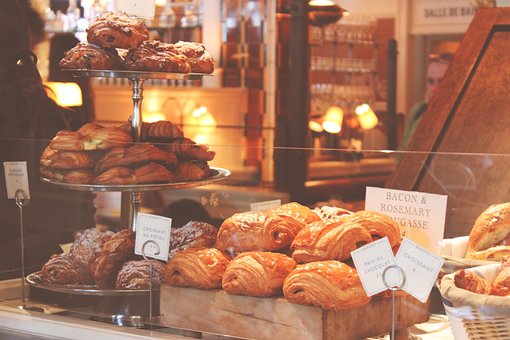 While getting more information on Rosa Parks, I came across a woman who didn't get arrested, didn't lead a march but did work behind the scenes to raise money for those helping with the Montgomery Bus Boycott.

She worked as a cook in Montgomery, provided midwife services, and was an activist but she came up with a plan to help out in her own way. She was also a single mother raising six children with no formal education.

Her name - Georgia Gilmore and she and several other women cooked and baked foods they sold to other African Americans who had swore not to ride the buses until they were desegregated. While the leaders  such as Martin Luther King met at Holt Street Baptist Church to provide leadership, Georgia was there selling food.

She arranged for other women to make dishes such as fried fish, stewed greens, pork chops, pound cakes, and sweet potato pies they then sold at beauty parlors, churches, and cab stands.  She did this so women who worked for white families would not come under suspicion of actively being actively involved in the boycott. and be fired. It also kept them from being evicted by white landlords.

All the money they made was used to help support the alternative transportation system.  The money paid for gas, insurance, vehicle repairs so the fleet of cars, trucks, and wagons conveying workers around could keep rolling.

Georgia Gilmore named her group "The Club From Nowhere" because they provided money out of nowhere. The group started by scrounging together $14 to buy supplies to make fried chicken sandwiches and from there, it took off. Every week, she'd report the amount of money, she and her group made which was usually $100 to $200 per week.  She inspired another group of women to start doing the same thing.

At one point during the boycott, she ended up testifying at Martin Luther Kings' trial about the time she was kicked off the bus even though she paid the money.  Apparently, her employer, the National Lunch Company, discovered this, fired her and black listed her.

Instead of worrying, she opened a restaurant - The Georgia House, in her home to support herself.  King and others would often hold meetings at her house because she would keep information quiet and she'd feed them. Whenever anyone important came to town, she'd feed them including Robert F Kennedy and Lyndon B Johnson.  She died on the 25th anniversary of the Civil Rights March to Selma after preparing food for those who planned to recreate the march.

I'd never heard of her but I love what she did.  The one thing, I found interesting is that she'd quit riding the bus long before the boycott because she didn't believe in the way they treated African Americans.  Let me know what you think, I'd love to hear. Have a great day.