When Did Commercial Bread Become Popular? 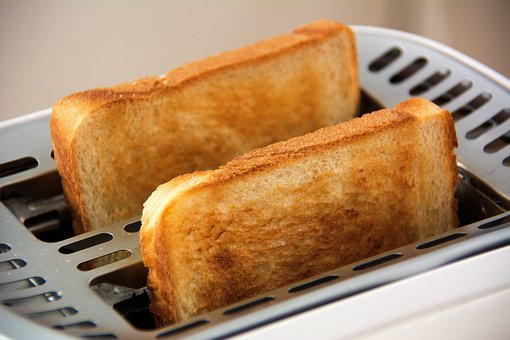 My parents have always purchased that soft white bread at the store.  The kind you touch and it starts squishing.  As a child, I loved to make dough balls out of it and shoot it at my siblings because it mushed too much in the mouth.  It made peanut butter and jelly sandwiches even more sticky.

Although commercial bread has been available for a very long time,  it was often made out of stone ground flours until someone figured out how to take the bran out of it to make white flour.

The early white flours had to be made by hand and 28 percent of the grain was lost in the process of making white flour so production was limited consequently, the upper class wanted it.  They considered it the best because they could afford it.  The lower classes had to be satisfied with whole grain bread.

The first roller mill appeared in Europe in 1830 when an engineer figured out a process to make separating the germ and bran from the rest of the flour but within 30 years another engineer added more rollers, and sieves to shift the flour from level to level and the end result was a much nicer flour.

Around 1873, an American improved on the Swiss rollers so the machine could more efficiently separate bran and germ from the mix to produce a great white flour. Around 1910, they began treating the white flour with nitrogen peroxide to make it even "whiter".

Even up to the early 20th century, bread was sold in whole loaves which were cut at home.  In fact, cookbooks of the time included instructions for cutting bread for women, children, and men.  Each required a different thickness.

In 1917, a jeweler invented the first commercial bread slicer but bakeries of the time felt women would not appreciate buying pre-sliced bread.  It took 11 years before one of the slicers was used in a bakery and by 1930, about 90% of the purchased bread was sliced.

The idea behind Wonder Bread and other early breads is a streamlined process that produced a perfect loaf of bread described as a white ultra soft, perfectly sliced bread referred to as "American" bread.  Wonder Bread made its first appearance in 1921 in Indianapolis as a 1.5 pound loaf of bread.  The name and the balloons came from an employee watching a local balloon race.  He was filled with the wonder of all those colorful balloons moving across the sky.

Over time, another company bought it out but kept the bread and began marketing it.  Wonder bread became the first nationally distributed bread.  Since then, science has shown that whole grain breads are actually more nutritious than the soft white bread many of us grew up on.  It wasn't until World War II that flour producers were required to add eight nutrients to the flour.

Since then, the desire for white bread has been pretty stable but other breads are being made and marketed based on the demands of the consumers.  I love artisan breads but they don't always make the best sandwiches because of the irregular size and shape of the loaves.

I tend to make my own bread right now because it has to be flown in and is often moldy by the time it gets here and hits the shelves.  Furthermore, I love making bread because it gives me a way to work off stress easily and it doesn't take me much time. I do know people who swear that certain foods such as grilled cheese sandwiches are perfect when made with soft while bread.