The 8 Most Expensive Spices in the World. 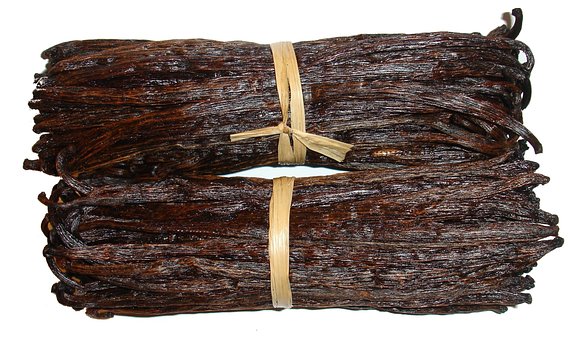 Neither of my parents used spices very much in cooking.  I think their favorite spices were salt and pepper broken up with the occasional sprinkle of Italian Spices.  Myself on the other hand, I have a full cupboard filled with spices from Argentina, India, European, and Asian.  I love, love, love cooking with spices.

I've always known that the most expensive spice in the world is Saffron because its made up of hand picked stigma from the Crocus Sativus flower.  Each flower produces three stigma and it takes between 50,000 and 75,000 flowers to produce enough for one pound of Saffron.  It takes about 20 hours to hand pick that many stigma.  That's one reason that a pound of Saffron goes for about $5,000.

The second most expensive spice in the world is Vanilla.  A pound of vanilla beans run about $200 per pound for several reasons.  One reason is that Vanilla flowers must be hand picked and once ripe, the beans must be picked by hand daily.  The best pods are produced in Mexico and Madagascar which may be one reason Mexican Vanilla is considered better than regular versions.  When I went to Mexico in December, people wanted me to bring back bottles of Mexican Vanilla for them.

Third is a spice called Mahlab made out of the seed kernel of St. Lucia Cherries.  The flavor is a cross between cherries and vanilla and goes for about $68 per pound.  Originally it was used in perfumes but eventually made its way to the kitchen.

If you ever do any Indonesian cooking, you'll know about Kaffir Lime leaves which are leaves from a wild lime also known as the Indonesian Lime.  Its got a sweetish flavor.  I know the local Asian stores in Fairbanks have them in frozen form.  They go for about $35 a pound.

Fifth is Cardamon, often found in Chai, or in Indian cooking.  It runs about $30 a pound since it requires a labor intensive method of harvesting. Cardamon is usually sold in two versions, the black which is smokier and used in curries or the green which is more expensive and is used in coffee or sweeter dishes.

This is followed by cloves at about $10 per pound on the international market.  Aside from being used in cooking, cloves have medicinal value  and are used in perfumes due to its spiciness.

Cinnamon goes for $6 per pound internationally. Its actually the inner bark of one of several types of trees.  The best comes from the Cinnamomum tree found in Sri Lanka but the less expensive comes from Cassia or Chinese Cinnamon.  Most people use the powdered variety in cooking when they make pumpkin pie or cinnamon rolls.

Eighth  is black pepper, the most used and traded spice in the world. Most people have a shaker of salt and a shaker of pepper on the table.  Its only $3 per pound but at one point was used as money.

If you look at how much you pay at the grocery store, it may breakdown to be a lot more because those have been processed into small quantities and are not in bulk.  Let me know what you think, I'd love to hear.

Email ThisBlogThis!Share to TwitterShare to FacebookShare to Pinterest
Labels: The 8 most expensive spices