The Historical Importance of Salt. 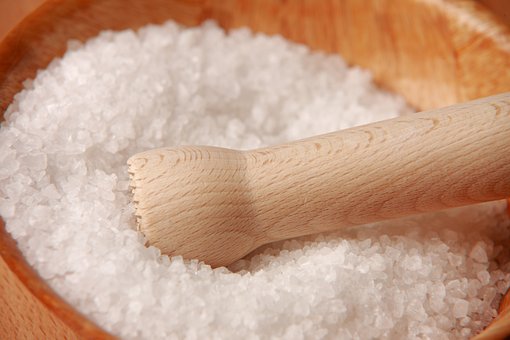 Most people today see salt as either as something to add a bit of flavor to cooking or something to be avoided due to its connection with high blood pressure but alt has not always been seen this way throughout history.

It's use is recorded back to at least 6050 BC  Its been used as currency, appears in folk tales, and other things.

In fact, some of the earliest books written on salt appeared in China around 2700.  The author wrote about 40 different types of salt and included two different ways of extracting salt.  Of course, the government figured out that one could raise money by taxing salt so they did so.

The term "Not worth his weight in salt" came from Ancient Greece because slaves were traded for salt.  Roman soldiers received rations of salt as a part of their pay.  The term " salarium argentum" eventually evolved into the term salary which is what we make today.  Furthermore, most explorers and early trading companies carried salt with them for purposes of trade.

In addition, salt played a significant part of many world religions always representing purity.  Even the Bible has references to salt such as "Salt of the Earth".  Salt also played a interesting played a part in the history of many countries.  In the United Kingdom, around the Cheshire region, there are records of the area producing salt, while Venice grew to prominence due to its salt monopoly. Other places such as Tuzla in Turkey and Salzberg Austria were named for the salt produced in the area.  Salzberg had four major salt mines that attracted a tourist trade.

Even during the days of world exploration and expansion, salt played a critical role.  The Europeans used salt in  either the wet method of salting fish on board or a dry method on land to preserve fish after finding salt in the Great Banks of Newfoundland.  These preservation methods made it possible for Europeans to travel farther afield.  Even in America, salt played a part when William Clark of Lewis and Clark headed west looking for salt among other things and salt helped build the Erie Canal because salt was one of its main cargoes.

Even in the Civil War, the Union fought hard to capture Saltville, Virginia in 1864 because it had an important salt processing plant used by the Confederates to provide their troops with salt.  In addition, the lack of salt caused many of Napolean's soldiers to die on the retreat from Moscow because their wounds did not heal due to a deficiency of salt in their bodies.  Furthermore, General Howe was thrilled when he captured General Washington's salt supply.

As you can see salt played a huge part of history, economics, medicine, and so many other facets of life.  Let me know what you think, I'd love to hear.  Have a great day.

Email ThisBlogThis!Share to TwitterShare to FacebookShare to Pinterest
Labels: The Historical Importance of Salt.