Is There Such A Thing As Edible Silver? 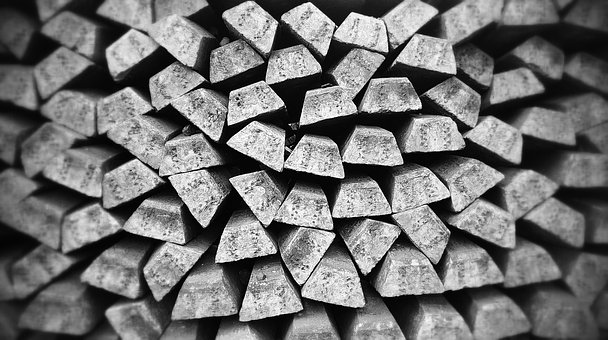 After reading up on edible gold, I wondered if there was such a thing as edible silver.  People have bought up bars of silver to corner the market and coins used to be made of silver before the mid 1960's but can we eat it?  Can we eat it?

First of all, silver can be rolled thin enough to be use as an edible garnish on desserts. It's use originated in South-Asian cuisine since it can be used on both sweet and savory food.

People used edible silver on food because it showed they were wealthy enough to afford it.  Its been used for hundreds of years in South-Asia, Europe, and the Middle East.  Furthermore, India is currently the place associated with edible silver.

Over the years, edible silver became known as Vark Varak or Varahk, and is a 99.9% silver foil.  It has been declared safe by the European food safety agency but it is strongly suggested you make sure the silver foil is 99.9% or even 100% because Vark often has copper, aluminum, lead, or nickel.  These metals are not inert and can cause problems.  Furthermore, it has been found that "Edible silver foil" may not be pure.  The manufacturer might have used aluminum instead of silver, or might have been made in unsanitary conditions.

The silver foil, itself, is made by taking non-ionic bioactive pieces of silver and pounding them into the sheets between 0.2 and 0.8 microns before being placed between sheets of paper. According to what I've been told, edible silver has absolutely no taste.  Edible silver comes in two types of sheets. The first is loose leaf edible while the second is a transfer sheet.  The transfer sheets are easier to apply because you take the sheet, place the silver side against the food and rub gently so the silver transfers to the food.  It works best on flat areas.

On the other hand,he loose leaf sheets are better for uneven surfaces with cracks because the loose leaf can fill cracks. It has to be applied with a special brush and water otherwise it won't stick properly. In addition, the loose leaf silver produces a more rustic finish.

Unfortunately, silver has the reputation for being antiviral and antibacterial so people will distill water with silver and drink it.  Unfortunately, if people drink enough of this liquid, they can end up with a slate blue colored skin.  If a person drinks enough, the silver can bind with other tissue like sweat glands, and eyeballs which could turn the same slate blue.  This is only a cosmetic condition but the color can only be removed by laser.

So now you know.  It is safe to eat as long as it is pure and made by a reputable manufacturer.  Let me know what you think, I'd love to hear. Have a great day.