Moving Day - Not What You Think! 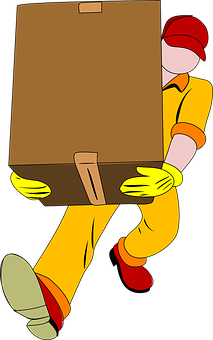 I got the idea for today's topic from a book I read in which a thief chose July 1st as the best day to steal a couple paintings from a museum due to the chaos Montreal experiences traditionally every year.

Most of Canada celebrates Canada Day on July 1st but in Montreal, citizens move from one apartment into another. The tradition began back in 1750 when Francois Bigot designated May 1st as the beginning date for all contracts including leases.  The government did this to keep people from being evicted in the middle of winter.

In 1866, the government incorporated this officially as par of the Civil Code of Lower Canada and set May 1st as the beginning of all leases consequently people changed apartments on this day and it became known as "Moving Day".

The biggest problem with May 1st is it made life inconvenient for parents who had children in school.  If they needed to move, they had to do it before school was over for the year so in 1973, the Quebec government moved the date for all leases to begin on July 1st.

The new date ensured all children were on summer holidays and it was warm outside because any last minute cold snaps were over.  So now "Moving Day" is the official day that renters vacate the current premises to move to new apartments.  Unfortunately, this can create a huge problem because of the number of moving vans, boxes, and people trying to get their stuff from one place to another.

Montreal is a city in Quebec with the lowest home ownership of the province and the most people who rent.  The advantage to Montreal is the city has tenant laws that are extremely friendly to renters including the fact most apartments are rent controlled.

It is estimated that around 250,000 people moved across the province and between 70,000 and 130,000 people changed domiciles in the city of Montreal in 2018.  Imagine a city of moving vans double and triple parked on the narrow streets, people hauling refrigerators up the stairs to the top floors, and every professional moving company is booked.

In addition, people who prepare for the upcoming move produce 55,000 tons of garbage and discarded household items in the weeks before "Moving Day".  This means the city has to pick up everything from appliances, to couches, and dead plants.  Furthermore,  moving companies and do t yourself truck rental places double and triple their rents for the day due to the huge demand.  Since July 1st is Canada Day, all movers are to be paid time and a half which can contribute to higher costs.

Unfortunately, this day also opens up people to being scammed.  Companies have been known to accept bookings and then not show because they found someone willing to pay more or others accept contracts who are not even registered movers and they often leave belongings behind including people's animals.  Many people rely on friends to help them move or build rolling wagons to attach to bicycles, or compact cars with roof racks filled to capacity with goods including mattresses.  In addition, a pizza chain and Coca-Cola team up to offer free pizza and soda to all the movers in certain areas to make moving a bit easier especially in light of the stress associated with this day.

I think I like the American way where leases can begin and end at anytime of the year rather than trying to have everyone move on the same day.  Let me know what you think, I'd love to hear.  Have a great day.