This Green Could Kill You! 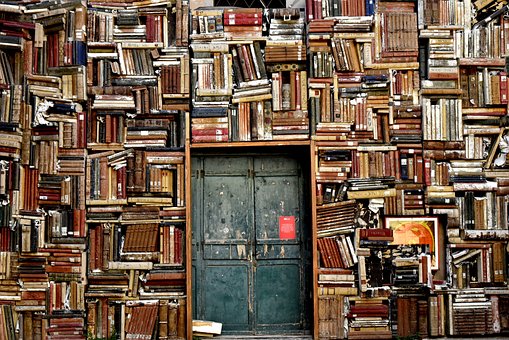 Today, we don't worry about paints and such we decorate the house but in the past that wasn't as true.  I've touched on this ingredient before but only in regard to books but not as it is used in the house.

During Victorian times, people loved using  vivid wallpapers in their houses because these wallpapers added depth to rooms.  Then on April 3, 1862, the local doctor in Limehouse, East London , was called in to treat an extremely ill 3 year old girl.

This young lady was curled up in pain and was unable to swallow. symptoms consistent with diphtheria but her three older siblings displayed the same symptoms yet died.  Since the three died within a short time, it supported the diagnosis of diphtheria.  Although Diphtheria is quite contagious, this doctor felt the diagnosis was incorrect because none of the neighbors came down with it.

Since he didn't now what caused the symptoms, he made notes identifying everything he could about their living conditions.  He noted the place was cramped but clean with good ventilation, and in good condition.  He examined the sanitation conditions, and checked the water conditions.  He couldn't find anything to explain this except for the green wallpaper in the parent's bedroom.  There was a theory circulating in the medical field that this could kill people.

When the three year old died, the doctor asked if he could perform an autopsy and when her tissues were tested, they revealed she died from arsenic poisoning.  The story made the newspapers where reporters rushed to let everyone know it was the paints in the wallpaper that killed her because the paints had arsenic.  The official report made it clear you didn't have to be in the same room to be exposed and poisoned.

This went to court to find the official cause of death but the judge and jury refused to accept this finding.  Instead, the jury ruled the little girl died of natural causes.  This lead to a media flurry with people on both sides sharing their opinions.  The argument for the arsenic poisoning included the fact the parents hung the wallpaper over Christmas holidays and up until then the whole family had been extremely healthy but after, they got sick.  Furthermore, additional "proof" was given by sighting other cases in which people got sick after they installed the wallpaper and yet got healthier when the wallpaper was removed.

This use of these vivid greens dated back to 1778 when a Swedish chemist used copper arsenic to create this rich green which paint manufacturers and interior decorators loved.  Eventually, everyone wanted it in their home or in their clothing.  Most of Europe was aware of this color's dangers by the time it made it to the United Kingdom but they tended to ignore the warnings.  Furthermore, the wallpaper industry was growing and they didn't want to lose that momentum, so they continued making it this way because people loved the color.

In 1814, one of the fabric manufacturers began using this wonderful green dye to produce a fantastic green.  It was a jewel toned green that was brighter and bolder and named "Emerald"green.  People loved it because it stood out in the ballrooms and people soon wanted it in their houses and other places.  Arsenic was responsible for producing this spectacular green but many women soon developed ulcers all over their bodies, lost hair, and even vomit blood.  It was worse for the women who produced the dyes.  They died horrible deaths.

It took until the 1870's people exerted enough pressure for companies to begin producing arsenic free wallpaper.  One owner of a company caved to public demand but didn't believe arsenic was responsible.  He felt doctors used arsenic as the fall guy for patients whose illness could not be diagnosed.  In a sense he couldn't be blamed for his opinion because he used it on his walls and never got sick.  At the time, they didn't know that young children, the elderly, and the sick were at higher risk of getting sicker from the arsenic.  Furthermore, the Victorians used arsenic on vegetables as a pesticide, dipped cattle in arsenic to discourage flies, added it to beer, and used it on postage stamps.

By 1900 regulations had been passed to eliminate arsenic from use in clothing, wallpaper, other items, and dye factories.  Let me know what you think, I'd love to hear, have a great day.