Red Cost That Much? 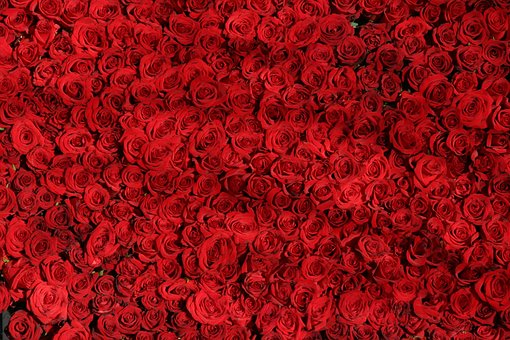 Now a days we take red for granted.  It is a color we can easily get because its quite affordable but back in the 17th century it was not.  If you could go back to 17th century, you would discover red was associated with power.

King Louis XIV loved red and always wore it.  He had good legs and would always show them off with knee high pants, silk stockings, and scarlet high heels.  He started a fashion because men all over Europe began painting their heels red too.

Furthermore, he loved the color so much, he ordered his chairs be done in this rich red fabric and he wanted the royal bed curtains in Versailles to also be done in this beautiful red.  Later on, even some of the King's Mistresses had furniture done with red to make rooms warmer and more beautiful.

In addition, since red meant power, Chinese and Persian rulers wore red, the Catholic Church used red as a sign of its authority, even the British army dressed it soldiers in red.  Although some countries forbid all but those of the highest status to wear red, people found ways around it.  In Japan the lower classes would line their kimonos with red so they'd have it but no one could see it.

Originally, the Spanish searched for gold and silver when they arrived in Mexico but after several years, they noticed the Aztecs wearing such vibrant red clothing and it was a red that didn't easily fade.  So they began collecting the female Cochineal bugs off certain cactus plants.  They'd ship these dried bugs off to Europe.  When dried Cochineal looked like small pellets so importers weren't sure if they were plant, mineral, or animal but they could resell these to other European countries for a huge profit.  The Spanish kept the origin of these bugs a secret.

There were ways to get red prior to the discovery of Cochineal by the Europeans but most did not have the same colorfastness or it took a very long time to produce the proper color.  For instance, Europe had Kermes which is similar to the Cochineal but it cost too much to make red cloth so even the richest people in Europe seldom bought it.  Madder, a plant, was used to produce most of the red prior to the discovery of the Cochineal but the Turks had the best process for making a great red but it took months to make and involved quite multiple steps.

This new red was so spectacular that people tried to rob Spanish ships taking the dried Cochineal back to Europe, and often times were successful.  There is record of the Earl of Essex who captured a Spanish Galleon carrying 27 tons of this product.  Queen Elizabeth took 10 percent for herself and the rest allowed England to produce red fabrics for many years.  Think about it this way, it takes 70,000 Cochineal to make a pound so 27 tons is quite a lot.

In addition, Cochineal could be used to make peach, pink, purple, and black but it was most noted for red because it was called the "perfect red".   Unfortunately, the bottom dropped out of this market in the mid 1800's when man began inventing synthetic dyes.  These new red dyes were cheaper and easier to use. However, that didn't stop people from using it in other ways such as a food coloring, coloring in cosmetics, but many people turn out to be allergic to it.  The FDA states that because people are allergic to Cochineal, any thing containing a dye made from this insect must list it specifically.

Email ThisBlogThis!Share to TwitterShare to FacebookShare to Pinterest
Labels: Red cost that much?