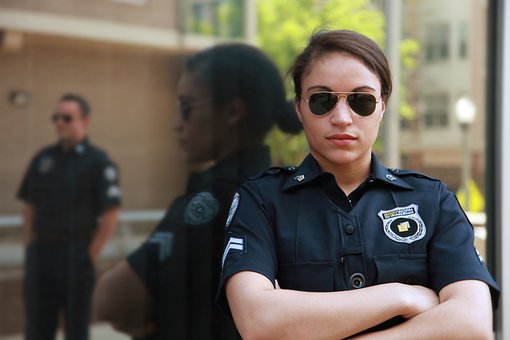 If anything happens like being robbed, or having your car stolen, you report it to the police. Most towns have some sort of law enforcement, even the villages in Alaska but did you know most places didn’t have any police departments until the 1840’s? Prior to this, at least in the United States, places relied on one of two forms of law enforcement.

The first was a “Watch” system which relied on community volunteers sort of like modern day neighborhood watches. Their job was to notify everyone of impending dangers. Three of the first places to use a night watch system were Boston in 1636, New York in 1658, and Philadelphia in 1700. Unfortunately, the night watch system was not particularly effective at controlling crime.

Some of the reasons night watchmen were not particularly effective included sleeping or drinking on duty, trying to avoid military service, or it was punishment for other things. It took over 100 years for cities to implement a day watch. Philadelphia was the first in 1833, followed by New York in 1844.

The second method was the pay for hire version. Some were paid part time employees while others were constables and other law enforcement officers who earned money by enforcing warrants. In some places, constables had to monitor night watches, operating as land surveyors, and making sure all weights and measures were accurate.

Over time, cities began creating a more centralized form of law enforcement with Boston creating the first American police force in 1838, followed by New York City 1845 and other cities. This new form was publicly supported with full time paid officers, who followed procedures, and the department had to report to another authority.

One reason, cites needed police forces has to do with the rapid growth of the cities themselves in the early 1800’s. Consequently, the old watch system could not keep up with the needs of the larger populations. In addition, public disorder became more visible along with increased violence.

At the same time as the law enforcement developed for protection in the north, the south developed its own unique enforcement. Slave patrols began in 1704 as a way of tracking down runaway slaves and preventing slave revolts until the Civil War when the military took over. After the end of the war, many ex-members of these slave patrols joined the new enforcement agencies to keep segregation going.

Then in the 1880’s with the influx of immigrants, the focus of police departments changed because these new citizens were different than those already in the United States. The dominant culture wanted those “dangerous” people who drank at taverns kept under control but many of the people who went to taverns were getting out of their small crowded apartments.

In addition, many police officers, especially captains and sergeants were appointed by local politicians who owned taverns, ran gangs, and had illegal gambling places and expected the police to turn an eye to the misdoings. This way of populating police departments created some serious problems during the prohibition and in 1929, police areas were redrawn so they no longer coincided with political wards.

In addition, this was also the time when the expectations of the job of a police officer changed to be more of what is expected today. So that is a brief history of the development of the modern police departments. Let me know what you think, I’d love to hear.

Email ThisBlogThis!Share to TwitterShare to FacebookShare to Pinterest
Labels: Watchers became the police