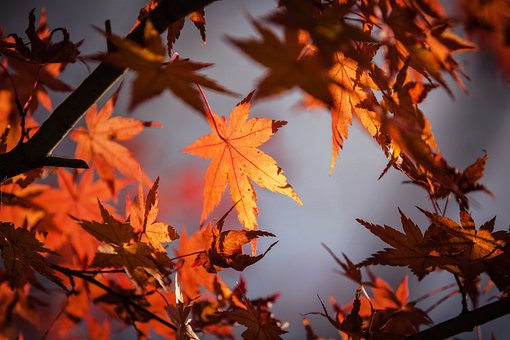 There is nothing better than real maple syrup and butter on freshly made pancakes, waffles, or French toast.  Unfortunately, we do not have  maple trees in Alaska so we make syrup from other types of trees.

I didn't realize it, but there are 22 different trees that will provide sap to make into syrup to be used on pancakes, French toast, and waffles. Today, I'm looking

1.  Sugar Maple is the tree we usually associate with making a thickened syrup because its sugar content is 2 %.  It also produces the highest volume of sap.

3. Red Maple is also tapped for sap but the amount of sap produced is lower than for the Sugar Maple but some outfits only tap Red Maple.  In addition, this maple tend to bud earlier in the spring resulting in reduced sap production.

4.  Silver Maple sap has less sugar content than the Sugar Maple.  It is 1.7 percent vs 2 percent and the silver also buds earlier in the spring just like the Red Maple.

5.  Norway Maple is a European Tree that was brought over to the United States and has become invasive here.  Although they can be tapped, they are not as sweet as a Sugar Maple.

6. Box Elder or Manitoba maple sap is used in the prairie area of Canada for syrup but it is not that sweet but this tree is found in Urban areas.  Furthermore, the amount of sap produced is about half of that produced by the Sugar Maple.

7. Big leaf Maple which is found from California up to British Columbia and has been used by Native Americans for centuries. Although the sap contains less sugar, it is still a viable source for commercial production in the Pacific Coast.

8.  Canyon Maple or big tooth maple lives in the Rocky Mountain region and Texas.  Although the sugar content is similar to the Sugar Maple, the amount of sap produced is  quite a bit less.

9. Rocky Mountain Maples are found in the Western United States. Although they are not currently used, they have been used historically by Native Americans.

10 Gorosoe is a Korean maple most frequently tapped for sap.  In Korea, the sap is not boiled down but served as a drink.

11.  Sycamore is not used that much as a sap producer but it has a lower sugar content than a Sugar Maple and it produces a butter flavored syrup.

Tomorrow I'll be reporting back on various walnut and birch trees that produce sap used to produce syrups.  Let me now what you think, I'd love to hear.  Have a great day.
Posted by Lee MacArthur at 4:00 AM

Email ThisBlogThis!Share to TwitterShare to FacebookShare to Pinterest
Labels: Maple trees and syrup.