Oldest Man in Village Passed On.

A few days ago, one of the elders passed away.  I tried to find a picture of him on the internet but I didn't find any.  This man, David Boyscout Senior, died at the official age of 96 based on his baptismal certificate which only noted the date he was baptized. 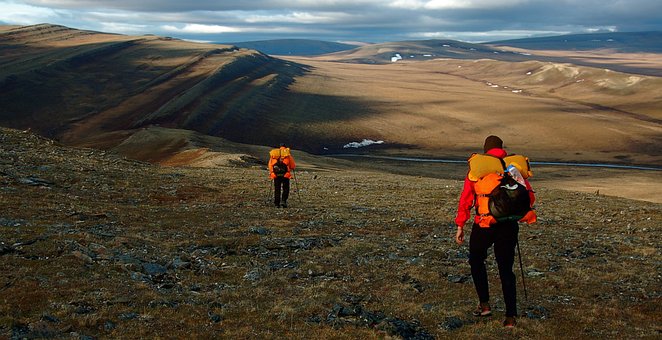 He was born on the tundra in the days before women went to hospitals to give birth.  I don't know what season it was because they talked about being born in berry season, or fishing season according to the substance calendar.  They didn't record the actual date of birth because the western calendar had not fully arrived in the area.

The Catholic Church was just coming into the area so when he had been on the earth several years, he agreed to be baptized into the church.  No one is sure of his age when this happened.  His family say he was around eleven which would make him 107 when he died but I don't know.  I agree he was over 100 years old.

What is so remarkable about this man is what he accomplished in his life.  He worked for others with little knowledge of the English language. Married twice and was father to at least 5 children.  He spent his Sunday's leading church services when the priest was not in town.

Yet his biggest accomplishment dealt with education.  I do not know how much he had if any other than what the church provided locally but he valued it.  Many years ago, when a court case determined all students had the right to be educated from K to 12 in their own villages, villages were put together to establish school districts.

Mr. Boyscout and four other elders fought to keep their village a single site school district. They had a vision for the village children which could only be accomplished by retaining control of their school.  It was not an easy fight but they persevered and got their wish.

This one school district has its own school board who work hard to fulfill the elders vision.  The elders come to meetings to express their opinions in the local language because they are more comfortable.  I usually ask one of my friends to summarize the message.

Mr. Boyscout was one of those men who seldom slowed down.  One time when he broke a hip, he was medivaced into Anchorage.  As soon as he was able, he took himself out of the hospital and had his family bring him home.  Every Sunday, someone made sure he got to church for the service.  One Sunday, I saw him riding on the back of a four wheeler driven by a police officer.

He spent several days a week at school, observing its workings.  He'd speak to the children, watch everything from his seat in the office, and shake hands or talk to people.  He loved to share his wisdom with the younger generation.  Even after he broke his hip, he'd still come to school, sit in a wheel chair and continue his mission of watching over the school.

I'll share one last thing with you.  One time, years ago, I accepted a ride from him.  I sat on the back of his snow machine while he sped across the lake to my house.  I kid you not, that man was worse than many others in that he was truly loved speed.  I prayed all the way home because I didn't know a snow machine could go that fast.  Yes he had a reputation as Speedy Gonzales.

I saw him driving a four wheeler, a few months back, headed to the store.  One of his grand daughters rode on the back with her face covered.  I think she was embarrassed as his machine crawled along, being passed by walkers.

He was ready to move on.  He will be missed by all.  His funeral was held Saturday afternoon.  I will miss his presence at the school.

Email ThisBlogThis!Share to TwitterShare to FacebookShare to Pinterest
Labels: Passing on.