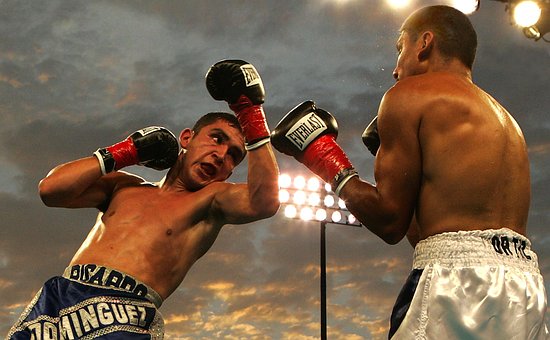 Contrary to its name, Boxing day did not get its name from a bunch of drunk relatives who get mad with each other, nor is it named as the day to rid the house of all the boxes from opening presents.  It does not celebrate the sport although my father would love it if it were since its his favorite sport.

It is celebrated the day after Christmas in the United Kingdom and other former British colonies.  Since 1871, its been celebrated as a Bank Holiday, giving people a longer holiday.

But where and when did it start?  How did it get its name?  What's it for?  Well if you have ever watched the television show MASH, they'd tell you it is when the enlisted men take over and run things while the officers do the work.

Its origins are shrouded in history but most agree it is a day to give the less fortunate presents.  Some of the suggested origins include:

1. Members of the merchant class gave boxes of fruit and food to servants and tradespeople as a tip of gratitude for the work done the previous year. Its like tipping the paperboy $15.00 for the great job he did.

2. It is a day when Christmas celebrations are done and the lord of the manor passes out the surfs allotment for the following year before they spread out across land.

3. The day after Christmas, servants arrived at work with small boxes for their employer to drop coins into as a gift.

4.  Churches have boxes for people to drop coins in and on the day after Christmas, boxes are opened and the funds distributed to the poor.

All of these possible origins, have the same type of philosophy of the wealthy giving to those who are in need.  Along the way, Boxing day has become associated with other events.  One such event is fox hunting but it was outlawed about 10 years ago.  The people who are unwilling to give it up, have made modifications to the tradition fox hunt so it meets current laws.

In addition, some crazy events have evolved such as horse racing, foot ball matches and swimming in the English Channel.  Sounds a bit like many of the American traditions such as watching football all day and Polar bear plunges.

I hope you liked this brief history.  Have a great day.