Where Do Some of Our Christmas Traditions Come From? Part 1. 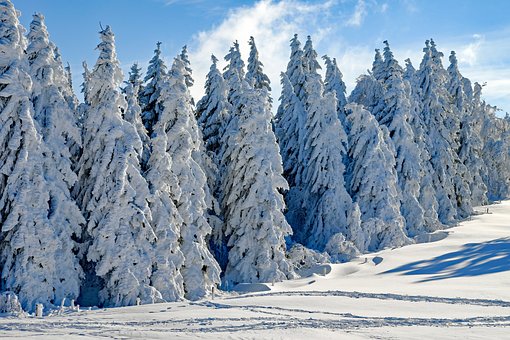 Christmas is rapidly approaching.  Time to pull out the tree, the decorations, even the mistletoe to hand in the corner for Uncle George.  I look at these because its the predominant theme at this time of year.  Look at the stores, the television, even listen to the radio.

I thought I'd take a look at where some of the Christmas traditions come from and add information on their meanings.

1. Mistletoe is found growing on apple, willow, and oak trees.  Hanging mistletoe in the house dates back to the time of the Druids when they believed the mistletoe protected the house and brought good luck.  In addition, Norse Mythology has mistletoe as a symbol of love and friendship thus the kissing under it.

2. Father Christmas, Santa Claus, and St. Nicholas.  St. Nicholas lived in what is now Turkey in the fourth century. He came from a rich family.  The story goes that a poor man with three daughters was sad because he did not have enough money for a dowry for his daughters so they could not get married.  One night, St. Nicholas dropped a bag of gold down the chimney so it fell into a stocking that had been hung to try out.  The man had money for a dowry for his oldest. It happened again for his second daughter at which point he decided to hide and wait until he discovered St. Nicholas was the one dropping the coins.  He begged the poor man to keep it a secret but it got out.  So anytime someone received a gift from an unknown person, they said it came from him.

The other version of the story is that he believed childhood should be enjoyed because many children were working by the age of 10.  So he went around giving out homemade clothing, furniture, and foods.  He was especially known for giving out oranges by putting them in stockings by the fire place.  It is said this is where hanging stocking up by the fire place originated.

The Dutch apparently took St. Nicholas and put their own spin on him as Sinterklaas a man who delivered gifts to those who were good and willow canes and Jute bags to those who were naughty.  In addition, St Nicholas evolved into Father Christmas in Britain, a character in plays from the middle ages but came into his full potential in the 17th century.  Santa Claus is the American version who has been in the states since the 18th century.  it is believed that Santa Claus evolved from Sinterklaas.

3.  Christmas Carols came out of the original religious music in fourth century Rome and were sung at Christmas services in latic.  By the thirteenth century, what we know as Christmas carols began appearing in France, Germany, and Italy.  They were written in the local vernacular and used for all sorts of events and celebrations.

Caroling did not begin till the 19th century in Victorian England when people got together to carol for any celebration.  It became popular for Christmas when the holiday turned more commercialized.

More tomorrow.  I hope you enjoyed this.  Let me know what you think.  Have a great day.