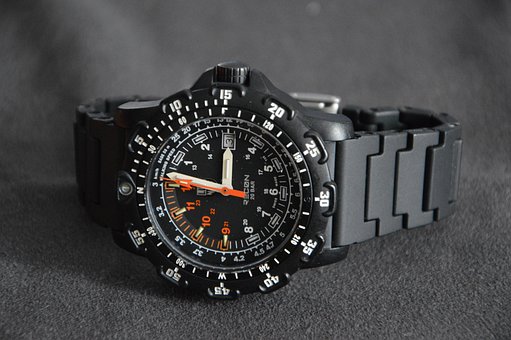 About 100 years ago, someone managed to create a mixture that when painted on the face of a watch, made it glow in the dark.  Unfortunately, it created some issues companies refused to acknowledge until well many years later.

In 1917, about 20 years after the Curie's discovered radioactivity, society accepted it as the "Thing" for  everyone.

In 1917, The United States Radium Corporation (USRC) in New Jersey, hired young women to had paint a radium mixture onto the faces of watches so they glowed in the dark.  There was not shortage of willing workers because they wanted to do their patriotic duty for World War I.

In addition, the job paid three times the going factory rate so it was considered an elitist job.  Women could gain financial freedom working there.  Women who were hired, told family and friends and the company had no trouble finding and keeping workers.

The process was not that complex.  It required women to use their lips to shape the brush before dipping it in the radium mixture and painstakingly paint a watch face.  They repeated the process every time they needed to add more paint to the brush.  One immediate side effect was that the painters glowed by the end of their shift thus they were dubbed the "ghost girls"

The women took full advantage of the nickname by dressing well before going out for the evening. Instead of using Vaseline on their teeth, they used the radium paint.  Unfortunately, it wasn't long before women began getting sick.  These sick women suffered the same symptoms of loose achy teeth, swollen jaws, infected pussy ulcers sprouting in the mouth where teeth had fallen out, limbs aching so much a person couldn't walk.  Eventually, the bones began disappearing as the disease ate the body until the person died.

Although the women asked if the process was dangerous, they'd been told no because it was believed that a small amount of radium was good for the health.  The company felt the girls would be exposed to such a minute amount, it wasn't a problem.  By 1924, enough girls had died that the company paid for an independent study which confirmed a link between the radium paint and the health issues resulting in death of the workers.

The company's president was so incensed he commissioned a second study to support his position.  In addition, he lied to the Department of Labor and in the process buried the initial report.  This meant, women had a harder time proving the link.

By this point more women were displaying health issues.  As the radium built up, it settled into the bodies emitting radiation throughout the bodies to the point of boring holes in their bones while alive.  This resulted in spines being crushed, bones spontaneously fracturing, jaws being eaten away, and cancers erupting on the body.

Many girls discovered their bones glowed when they stood in a dark room or they glowed in a dark room when they got up at night.  By now, they realized they were poisoned and dying.  So the women banded together to fight the injustice. They had issues finding a lawyer who was willing to handle their case and they ran up against the statue of limitations for occupational poisoning.  The limit of two years wasn't long enough because radiation poisoning took 5 years for symptoms to show.

Eventually, they found a young lawyer in 1927 to handle their cases but many of these women had been given only 4 months to live. The company did its best to drag the case out so the women were forced to settle out of court but they made the public aware of radium poisoning.

Another firm located in Illinois went even further than USRC to protect themselves from the public knowledge of radium poisoning.  Even though their own medical tests showed the women had radium poisoning, they denied the results, took out full page ads, and went so far as to steal bodies from the medical examiner.

By 1938, if women were not dying of weakened bones, they died of huge cancerous tumors found in various locations on the bodies.  Another women who was slowly dying of radium poisoning, filed suite and her case went to court.  She testified from her deathbed and won the case. This win made companies responsible for the health of their workers, and new regulations were passed.  This also lead to the establishment of OSHA.

The bodies of these girls contained so much radiation that if you held a Geiger counter over their graves today, you would notice a significant amount being emitted.  What is sad is at the time, it was known that large amounts could hurt you but society thought a little was good for you.  It was added to makeup, water, butter and other items so most companies felt the amount the girls got on a brush was negligible but they didn't take into account the repeated exposure to it. Even the man who crated the paint died of radiation poisoning.

This is a sad part of American History.  Let me know what you think.  I'd love to hear from you.
Posted by Lee MacArthur at 4:00 AM