Cake Mixes, When and Where? 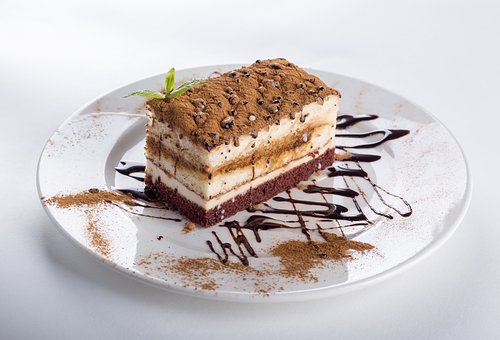 I grew up in a household where my mother made cakes from boxed mixes.  She did that because she never learned to cook growing up and according to my father, she did a wonderful job of burning water when they got married.  I honestly don't remember her making much from scratch when I was growing up.  I hit a point where I took over cooking so I could make food from scratch.

There is a story floating around that cake mixes made an appearance after World War II, when there was an excess of flour available and had to be used but there is information that indicates cake mixes were available since 1930.  In 1930, a Pittsburgh company applied for a patent for a gingerbread mix made with dried eggs so the housewife could simply add water to, mix, and bake.

This mix came out of a desire to use up an over supply of molasses because people's eating habits were changing.  By drying molasses, it could then be added to a flour mix for gingerbread.  A mix such as this came with everything but water and could be counted on to provide a reliable end product  or at least that was the argument on the patent application.

Over the next several years, the company expanded its offerings to include nut bread, bran muffins, fruit cake and both devils food and spice cakes.  By the time, the patent was granted in 1933, the company had already developed a newer version that required the home baker to add fresh eggs because people preferred to add fresh eggs rather than using a mix with dried eggs.

It wasn't until after World War II that cake mixes really took off across the country.  The major flour companies went from selling flour to selling convenience and by the end of the 1940's  over 200 companies  produced cake mixes but the majority were Betty Crocker or Pillsbury.  At this point in time Pillsbury still used powdered eggs in their mix but most of the others required the baker to add fresh eggs.  Research indicated that women felt more involved the cake making process when they had to add eggs.

In the 1950's sales of cake mixes plateaued and many of those 200 companies went out of business.  After careful scrutiny, companies discovered they needed to complete the cake by providing all sorts of instructions for frosting the cake so the homemaker could create their own wedding cakes and other elaborate cakes.  From then on, cake mixes continued to grow.

Over time, the term "baking from scratch" has come to mean baking a cake from a mix.  Another surprising development according to a survey is although most people say they prefer to buy mixes requiring the addition of eggs, they'd actually prefer to buy a mix with eggs already in it.

I still prefer making my cakes beginning with the butter and sugar on to the final cake because the ones from boxes tend to be too soft and fall apart.  I'd rather eat something much denser with fruit and spices.