Currency! Where Did It Come From. 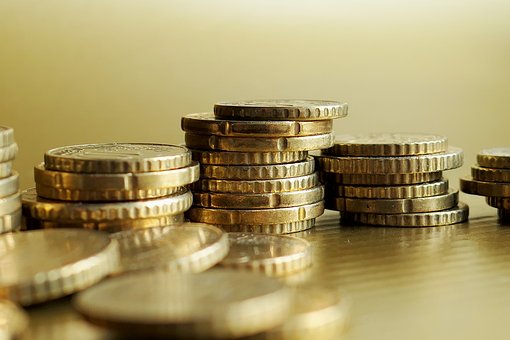 If you haven't noticed, society is slowly transforming into a cashless society but we are not as cashless as many European countries.  When I landed in Finland last summer, I was able to pay for my bus ride from the airport to the hotel with a credit card.  I did it when I boarded the bus.  I didn't have to purchase anything ahead of time.

Even the airlines require credit card payments for food, drink, or movies when on board.  Most, if not all, allow you to order certain things ahead of time if you pay by credit card. If things continue the way they are, we will have a cashless society at some point in the near future.  Have you ever wondered where coins and bills came from?

Historians believe that societies used the barter system long before actual currency was used which meant many societies established rules to allow fair trades.  In fact some societies began using tokens or coin like markers for the trades rather than hauling the actual item around with them.  Somewhere around  7000 BC, certain societies in Asia established a trade based on metals such as gold, copper, and silver.

By 3000 BC, Egypt and the Mesopotamia used gold bars as a monetary unit. Then come the 7th century in Lydia, a kingdom in ancient, the first coins made of a gold and silver mixture called eletrum.  The use of coins spread out from Lydia.  Along the way, china adopted the use of coins with Chinese characters but they were the first to adopt the use of paper money.  They used paper or deer skin to record long distance trade guarantees.

In addition, paper was so much lighter that the Chinese government recommended merchants who needed to carry large sums of money exchange coins for the paper to make transport much easier.  Paper currency did not make it to Europe until the 1200's and even then, it was not commonly used for another 300 years.  By the 1500's, it was common for merchants to receive promissory notes issued by banks upon receipt of coin deposits.

In 1661, Switzerland became the first government to issue its own banknotes as legal tender and were issued to the bearer.  With the rise of state issued banknotes, counterfeiting also increased but it wasn't until 1826 that the first watermark was added to banknotes.  Paper notes came into use in the United States, when the Continental Congress printed its own bills or 'continentals' in 1775.

The U.S printed its first dollars in 1786 and created the first mint in 1792 to make and distribute solid coins. The term dollar came from the Dutch.  It was the Civil War that caused the United States government to begin printing its own dollar bills for general circulation.

And the rest is history until today, we seem to operate with credit cards more than we use paper bills or coins.  Let me know what you think.  I'd love to hear.
Posted by Lee MacArthur at 5:08 PM

Email ThisBlogThis!Share to TwitterShare to FacebookShare to Pinterest
Labels: Currency