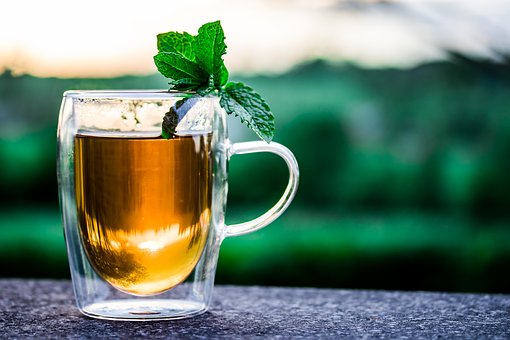 Although many people make their tea using the sun and no one has died from it being prepared that way, most tea companies do not recommend that method.  The sun heats the water to between 102 and 130 degrees which is just enough to start the process of forcing solids out of the tea leaves but not enough to purify the water itself or kill the bacteria that begins to form.  It can actually cause bacteria to form and grow.

Many people have switched from making their tea in the sun to making it in the refrigerator.  To make cold tea, fill a quart mason jar with water, put in four tea bags, put a lid on and place in the fridge for 6 to 12 hours depending on how dark you want it.  In other words its a ratio of one tea bag or one teaspoon tea per cup of water.  The only drawbacks with this method is that you have to plan ahead and its going to be cold.  I prefer my tea hot.

In regard to iced tea, the records indicate a version of iced green tea existed prior to 1900 but it was often served sweetened with alcohol as a punch but the version of iced tea we are most familiar with took off at the worlds fair in 1904 when tea growers from India were trying to introduce black tea.  Unfortunately, it was rather hot and it was difficult to persuade people to try hot tea.  So, one of them got the bright idea to pour the hot tea over ice and that appealed to passerby's.  It wasn't long before iced black tea became the rage all over the country.

There is one more category of iced tea, other than what you make yourself and it is referred to as ready to drink or RTD that is sold in bottles for easy consumption.  The original brands such as Snapple and Arizona tea hit the scene nationally in 1993 and the offerings expanded from a few flavors to the variety we see today.  Currently, the RTD portions is  the fastest growing segment of tea.  It grew from less than half a billion to over three billion dollars within a 15 year period.

Many brands have worked on finding a way to bottle tea brewed from real tea leaves so the flavor remains rather than relying on a tea concentrate.  I am one of those people who hate bottled tea because it either isn't strong enough or its flavored or its too sugared.  I prefer to brew my own tea and drink that.

Email ThisBlogThis!Share to TwitterShare to FacebookShare to Pinterest
Labels: Sun and Iced Tea