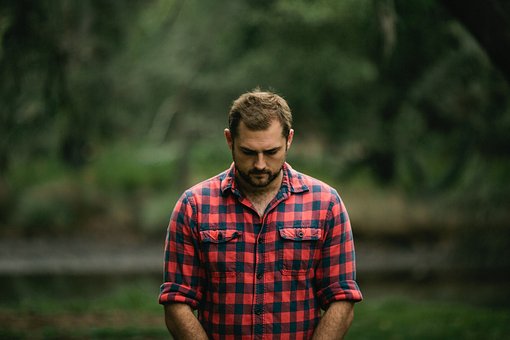 Today's entry is due to the old Myth Busters show.  I was showing an episode on flannel shirts and fleece where they are exploring the plausibility of a flannel shirt catching fire when a taser hits the shirt after it was sprayed with pepper spray.

In the episode, one of them stated that flannel cloth used to be made of wool but can now be made of any material but it is a plaid.

It is true, the original flannels were made of wool and used for tartans in Scotland used in kilts. Flannel is defined more for the way it was woven than anything else.  The weave was much looser than say twill so there were more air pockets making it warmer and more insulated.

In addition, if the flannel is brushed, the fabric edges are frayed and the material is softer.  The brushing can be on one side (single) or on both sides (double).  It does not have to be a plaid because flannel refers to the material, not the pattern.

In today's world, flannel may be made of cotton, wool, synthetic, or even pine needles.  If it does not have the soft fuzzy nap, it is not flannel, it is just a regular shirt.  Unfortunately over time, especially due to the fashion industry, flannel has become synonymous with plaid and are considered the same thing.

In the same episode, they commented on fleece being made out of recycled plastics.  I'll be honest, for some people in the world, fleece refers to the wool grown from sheep but in this case it refers to a material called fleece.  Fleece is made from plastic, sometimes has recycled plastic in it and may have some natural fabric in it.

In the original fleece, the polyester was woven into fabric and then brushed to create the soft fuzzy surface, just like flannel and originated in the 1970's.  Malden Mills wanted to make a recreate a material that had the same insulating characteristics as wool and fur but without the issues of having live animals. Although it is totally synthetic, it is different from others in that the material is breathable.  Due to its warmth, it makes wonderful outerwear clothing.

The fibers are made using a chemical reaction between petroleum and petroleum derivatives to form a thick syrup which is allowed to harden before being spun into threads and woven into fleece.  It is brushed on both sides so its fuzzy on both sides, making it warmer.  Since the material is warmer, it is used for so many things from underwear for astronauts to ear warmers for calves.  The material is lighter, softer, and warmer than wool without the itchy reaction people normally have to wool.

Its interesting to find out that flannel refers to the way a fabric is made while fleece refers to a type of fabric made out of plastic.  Let me know what you think,  I'd love to hear.

Email ThisBlogThis!Share to TwitterShare to FacebookShare to Pinterest
Labels: Flannel and Fleece