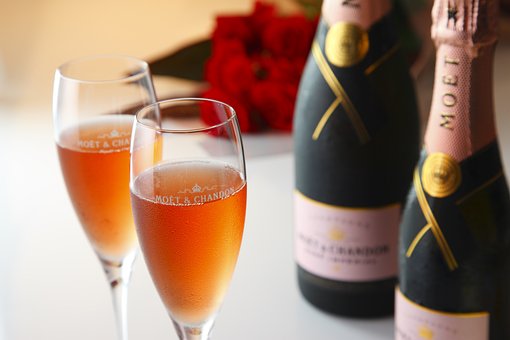 For many people, celebrations such as New Year's eve, a birthday, anniversary, or promotion require them to break out the Champagne also referred to as "Bubbly".

I wondered about it because all the varieties I'm aware of come from France.  Champagne has an interesting history beginning with Dom Perignon, a benedictine monk, in the 17th century.

There was a belief at this time that if wine had bubbles in it, the wine was considered bad but in reality it simply meant that the wine continued fermenting after it was bottled.  Although a few vineyards produced a sparking wine in the 15th century, it did not become associated with the Champagne region of France until the 16th century when it was produced in the region.

One major reason, champagne produced a fizzy wine had to do with the early frosts in the area. The early frosts caused an incomplete fermentation during the manufacturing process so in the spring when the temperatures warmed up. the wine continued fermenting producing a sparkling wine.  This particular type of fizzy wine from Champagne became quite popular with the courts in England and later in France.

In fact barrels of champagne were shipped over to England and bottled there and it was in England, in the early 1600's that their coal fired stoves used to make glass produced a stronger bottle than those produced by wood burning stoves. By 1740, someone invented a technique which produced identical bottles that could take the same sized corks.

The interesting thing about champagne is that the dead yeast remains in the bottled liquid making it rather cloudy so early bottles were made a mottled color so the cloudiness wouldn't show or someone could spill the champagne and get rid of it but then a lot of the product was lost.  So in 1815, someone invented the Widow Cliquot which turned bottles up side down so the sediment settled in the neck area before being plunged into an icy bath to freeze the dead yeast.  At this point the matter could be removed and the bottle recorked.

Champagne has been a luxury item since 1660 when it was first introduced to London society.  It has been a part of society for over four centuries.  Many of the well known houses that produce champagne such as Moet, or Runart, emerged during the reign of Louis XV.  With the advent of ads and media, people began to christen ships with it, or welcomed the new year. By 1900, production reached 30 million bottles.

Unfortunately, a few years later, World War I broke out with fighting taking place in the Champagne region of France where many of the vines were destroyed and production decreased because people took refuge in the caves used to age the drink.  Shortly after in 1919, the government established boarders for the area where the liquid produced could be labeled champagne.  Anything else could not be considered champagne.

Unfortunately, the rules only apply in France which is why you will run across sparkling wines produced elsewhere including the United States which are labeled as Champagne.

Email ThisBlogThis!Share to TwitterShare to FacebookShare to Pinterest
Labels: Champagne - Place or Drink?