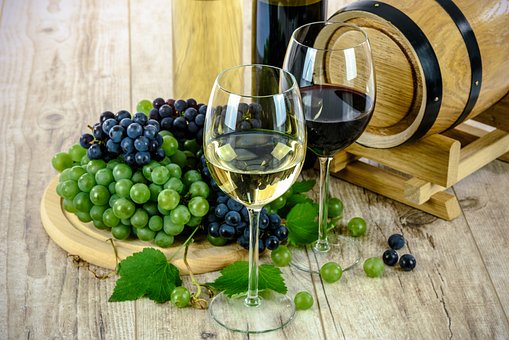 This particular entry is thanks to an episode of Murdoch Mysteries in which someone is killed due to drinking wine spiked with arsenic.  The bottle was supposedly from some small obscure winery in Italy but no one could find information on it.

They had to bring in several wine experts but one commented that the only way to tell Italian Wines apart was by the nose.  The French set up a system in 1855 which gave people a ton of information.

Unofficially, people began classifying the wines from Bordeaux as early as the 1600's but it wasn't until 1855 that the classification became official.  One of the most unique things about this document is that only two wines have been added in over 150 years since its publication.  One because the vineyard was forgotten and the other because of a name change.

What this document did was classify Bordeaux wines from the Left Bank based on price and quality in the five different categories of First, Second, Third, Fourth, and Fifth Growth.  This document was written with in a few weeks and was based on the vineyards of the day.  Now, people are suggesting the list be redone because many of the vineyards have disappeared or changed hands several times.

In the mean time, here is an explanation of each of the five growths.

The First Growth represents the finest and most expensive in the world, often running at least $1,000 or more per bottle.  These wines are considered in a class all their own.  Originally these wines sold for more than 3000 French francs per barrel. These wines come from Chateau Lafite, Chateau Latour, Chateau Margaux, Chateau Haut-Brion Pessac Leognon, and Chateau Mouton Rothchild.

The Second Growth represents 15 of the 61 chateaus listed in the document. One of the Second growth, the Rothchild's was elevated to a First growth leaving 14 in this group.  Over time a Super seconds group formed which is between the First and Second growths. The Second Growth wines sold for about 2,500 French francs per barrel.

The Third Growth contains 14 chateaus whose wines sold for between 2,100 and 2,300 French francs per barrel.  One of the factors used to classify the wines was the sales price the wines reached in the market place over a long period of time - calculated from 1815 to 1855.

The Fourth Growth has chateaus still producing strong wines.  In addition, there was less argument of which vineyards were placed in this growth than any other one.  Ten chateaus are classified as Fourth growth vineyards.  These wines sold for between 1,800 and 2,100 French francs per barrel.

The final growth, the Fifth Growth sold for between 1,400 and 1,600 French francs per barrel.  The remaining 18 chateaus fall into this segment.

If you look at the growth classifications as grades, the First Growth would be an A+, the Second an A, the Third an A-, the Fourth a B+ and the Fifth a B.  As stated earlier, the classification was made mostly based on the prices each producer got for their wine over a 40 year period.  The prices have changed but the classifications have not.

Ohh, it turns out the mysterious wine was produced in Toronto by the man and his brother 40 years earlier.  The brother poisoned the wine that killed the man because the man vetoed their first bit of wine and refused to produce any more.  Forty years later, the wine had aged into a great wine.

Let me know what you think, I'd love to hear.  Have a great day and a wonderful weekend.