The First Chinese Woman In America. 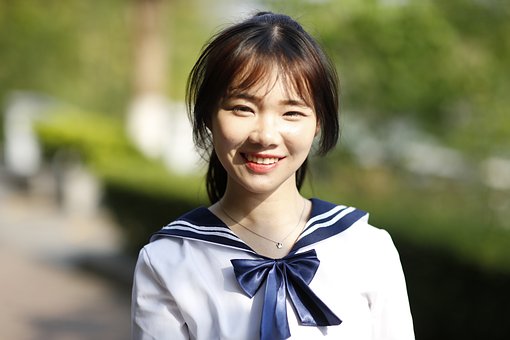 Long time ago, in a world that was so different than now, the Chinese began coming to the United States.  Many came to find a better life, many came to escape a government they didn't like but do you know the circumstances that brought the first woman from China?

Although records are somewhat difficult to find, it is generally agreed that Afong May arrived in the United States in 1834, almost a decade before most Chinese began arriving.

She'd been brought over for one reason only by two entrepreneurs who had traveled to China to obtain goods for sale in the United States.  While there, they came across Afong May and decided it was the perfect opportunity to make money by showing her around the country.  From what I can find, even the name Afong May was set by the business men as part of their display.

The only real information found on her is that she was born in Guangzhou, Canton, China to a distinguished family.  The businessmen made a payment to her parents for so they could bring her to America with the understanding she would be returned in about two years.

The records indicate she arrived in New York City on October 17, 1834 because a short blurb in the New York Daily Advertiser who listed her name and parental information.  Upon her arrival, the businessmen charged 25 cents for a view of this unusual lady.  Although they claimed she was a princess, there is no collaborating evidence to support that.

She didn't just sit there, she appeared in a room decorated as if it were in China where she ate with chopsticks, moved around on her bound feet, showed her feet to the curious gawkers, and answered questions in Chinese.  At the age of 19 years old, she was all of four foot six inches tall with small bound feet of only 4 inches long.

She drew quite a few people to see her as she was so different than what most had seen to that time.  There were few Chinese there thus making her an oddity.  Although she was to return to China after two years, she actually stayed in the United States visiting various venues in New York City,  Boston, Philadelphia, New Orleans, etc until 1847 when she supposedly left on a tour of Europe.

By the time she left for Europe, she was a household name. She'd met the president, the congress, and other dignitaries.  After 1847, she disappears from the annals of history and no one is sure where she went.   There are no records indicating anyone interviewed her, nothing showing if she received any pay.

I was unaware of her until I heard something on the radio about this women.  Imagine leaving your homeland to go to another country only to live your life on display as part of the sideshow.  There is no one else around from home who speaks your language.  I don't even know if she ever married because the records are vague on that.

At least she is mentioned in history and people can learn a bit more about her.  Let me know what you think, I'd love to hear.  Have a great day.