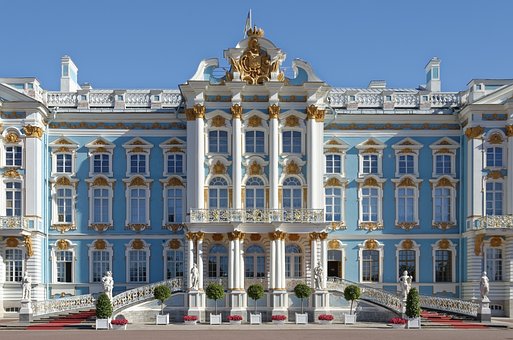 Anna Anderson was not the only person who posed as a member of the Romanov family but she was the most famous one.  The one who lasted the longest before her identity was disproved after her death.  She was not the only one who made the claim of belonging to the Romanov's because the bodies had been hidden and the world in Russia just after their deaths was one of chaos and unknowns.

This allowed people to easily  impersonate members of the family because no one could prove they were dead. It was only the word of a rapidly changing country who underwent like three revolutions in 8 years.  Each revolution bringing a new government and the Romanov's had died during the first revolution and secrecy was good for the new government.

Anastasia was not the only member who the public chose to impersonate, several tried to impersonate Prince Alexi, the thirteen year old hemophiliac son of the Tzar. At this time, hemophiliacs did not live long due to lack of medical advances.  One imposter, Ernest Veerman who immigrated to Canada from Estonia.  He ran a print shop for most of his life until he reached the age of 68 when he made the claim that he was in reality, Prince Alexi.

When asked how he'd lived so long, he replied that the doctor had totally misdiagnosed his condition.  He attributed the deafness in one ear to the guns fired near it.  Although he pursued his claims to his death, most people did not believe his claims, especially after being examined by several medical personnel and an order to stop making claims.  His third wife believed him to the point she offered a tooth for evidence after his death but it was never tested.

Another woman, Olga Boodts, claimed she was Olga Nikolaievna, oldest daughter of the Tzar.  Originally, she informed her husband of her alleged identity in 1926 when she married a German officer but that it needed to be kept a secret or she could be killed.  It wasn't until later she revealed her identity and in that identity she denied Anna Anderson's claims while pursuing her own.  When she died, she was buried with the name Olga Nikolaievna on her grave stone and the headstone was damaged in 1995.

Then there was Larissa Tudor who was said to be Tatiana, the most prime daughters of the Tzar.  She never made a claim and the only thing indicating she might have been was a name on her headstone and a legacy with no explanation.  Larissa was a belly dancer who married an Englishman in 1923.  By the age of 28 she was dead.  Her name on the head stone was Larissa Feodorovna which was strange because the term feodorovna referred to foreign women who married Russian Crown Princes.  In addition, she left a large sum of money to her husband with no explanation of its origin.

The stories that continued after her death included that she was the Princess Tatiana who escaped the massacre, traveled to Istanbul and worked as a belly dancer until she met and married the Englishman.  This is just a story with no proof.

Of course, there is Suzanna Catharina de Graaff who claimed to be the illegitimate daughter. The Dutch woman stated that upon her birth, she was taken away to help the family avoid the humiliation of raising a fifth daughter.  At that time, Russian law required the heir to be male and the Tzarina worried about having a son to the point her body mimicked pregnancy but within a few years she gave birth to her story so this claim made sense.

The story goes further to say that the "fake" pregnancy was actually when the Tzarina was pregnant with Suzanna and upon her birth, she was entrusted to a Dutch con artist to raise.  He alleges he was paid money to raise the Princess Alexandra.  In the 1950's Suzanna met and made friends with Anna Anderson who acknowledged her as her sister.  It wasn't until the last weeks of her life that Suzanna made her claims of being the long lost family daughter public but she'd played the role through her life even going so far as to claim to be the recipient of a royal dowry made up of rubles, trinkets, and china.  Later on, the rubles were examined and they proved to be pre-revolutionary, new and unused.  Her claim was never proved.

This is the first half of the list of the more famous imposters.  Tomorrow, I'll give you the last five people.  I'd love to hear what you think.  Have a good day.

Email ThisBlogThis!Share to TwitterShare to FacebookShare to Pinterest
Labels: Imposters to the Russian Throne.