Were They or Weren't They? 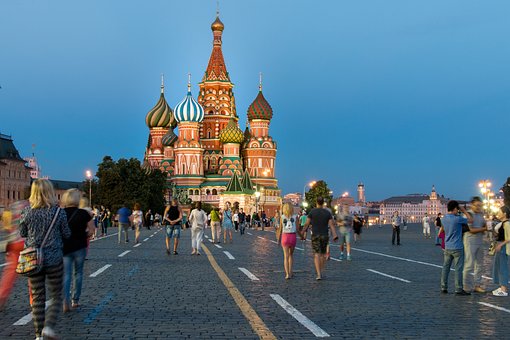 Yesterday, I shared with you some of the more famous pretenders to the Russian throne but today I'll share another five.  All of the stories are interesting and hard to dispute at the time.

Another woman who claimed to be Princess Anastasia was Eugenia Smith.  She arrived in the United States in 1922.  At the time she was married and settled in Chicago but at some point she let it be known she was Princess Anastasia.  She claimed to survived the killing squad.

Enough people believed her story that she received regular invitations to visit wealthy clients around the country but in 1963, she finally went public with her claims.  At this time, she convinced publishers to publish her memoirs which included all the details of having survived the massacre.  Several of the imposters got into the argument of was she or wasn't she but the son of the doctor killed with the family stated she wasn't because he supported Anna while an Alexi imposter spoke supported her.  When the bodies were discovered in 1991, she refused to provide her DNA.  In fact, when she died, many papers listed her birthday and birth place as Anastasia's.

Then there was Michael Goleniewski who claimed to be Prince Alexi.  He worked as a spy for the Russian government but the big issue with his claim is that he was 18 years younger than the real Prince, in good health, and who claimed to have survived the massacre.  He was born in Poland and worked as a Polish spy before switching his allegiance to the Russians.  He was such a spy that at one point, he was spying for Poland, Russia, and the United States.  As stated earlier, he met Eugenia Smith and claimed she was his long lost sister.  In fact, he claimed the whole family survived but was hiding in Europe.  He got so obnoxious in regard to his claims that the CIA let him go.  He continued making the claims until his death in 1993.

Things calmed down until the beginning of the 21st century when an older woman arrived claiming to be Anastasia. Natalya Petrovna Bilikhodze spent her life in Georgia raising a family but made her claim when she held a press conference in 2002 for the publication of her book.  She claims to have survived the massacre only to escape to Georgia where she married but never shared her identity due to fears of being murdered.  The reason she came forth was because the Russian owed her money.  Specifically, they owed her the Romanov fortune worth about three trillion dollars she wanted to distribute to the Russian people. Around the same time in 2002, she died but they were able to find a sample of her DNA but the results proved she was not a Romanov.

We can't forget Nadezhda Vasilyeva who began pushing her claims of being Anastasia in 1920 when discovered in Siberia.  She claims to have escaped being killed and she was on her way to China when stopped.  The Bolshevik government arrested her and sent her off to a series of prisons for the next 15 years. At that point, she was sent to a prison hospital where she eventually dropped those claims before claiming she was the daughter of a rich merchant.  When she died in 1970, she'd returned to claiming she was Anastasia.

The final claim comes from a woman in South Africa by the name of Alina, who in 1954 that she was the Grand Duchess Maria Nikolaevna, third daughter of the Tzar.  She had no papers, no documentation but the Duval family took her in but she never made a public claim nor did she discuss her supposed escape and life.  Even her pictures did not really look like Maria's.  The claim comes from a Duval son made the claims after Alina died but no one really believed him and those claims were dismissed.

So you have read the claims of the ten most famous imposters.  It appears they found all the bodies in 1991, tested the DNA and found all the members of the family so none of these could be a Romanov. Let me know what you think, I'd love to hear.  Have a great day.