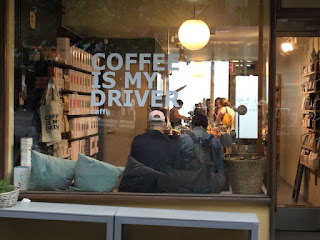 I couldn't resist taking a picture of this coffee shop. I have so many coworkers for whom this name describes them perfectly.

It was in downtown Helsinki, just next to a Japanese Sushi restaurant.  At this point it wasn't actually raining.  It began raining a few stores later.

I can state this does not describe me but if you replaced coffee with tea, that would describe me. 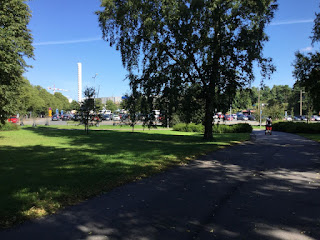 On Wednesday, I changed hotels so I'd be closer to the conference.  It was a beautiful walk.  As soon as I hit the main road, I turned towards a lake opposite a huge green area.

I"m heading by the Olympic stadium complete with parking lot.  At this point, I discovered the map wasn't the most accurate one.  This was google maps but after a lot of rechecking the map, I finally got to my first turn.

As I was walking towards the first turn, I spotted an amusement attraction on the hill in the distance. 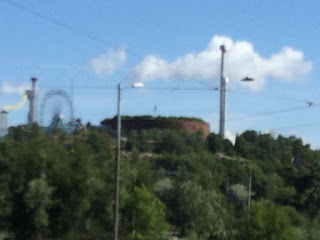 Linnanmaki is a very popular amusement park up on a hill, next to the aquarium.  Due to a wrong turn, I ended up going right by Linnanmaki and the Helsinki aquarium.

I'm sorry the photo is kind of blurry but the sun was in such a place, I couldn't see the screen.  It was the Ferris wheel that caught my  attention.

As I walked by the amusement park, the steam of people heading in was constant.  In the background, screams of enjoyment expanded from the park.
About the time I passed the amusement park and aquarium, I realized I was off course, so I headed for the closest street corners.

Unlike the states, the street names are on plaques on the side of a building.  I made a wrong turn, so I turned right to get me back on course.

As I got closer to the new hotel, there was more traffic, more construction, and more road work . 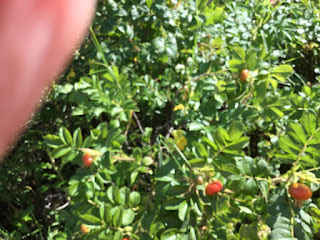 Along the way, I passed by multiple rose bushes filled with both blossoms and rose hips.  Rose hips are fantastic.

When I can, I pick a bunch and either make syrup, jam, or jelly out of them, or I dry them for use in the winter.

Rose hips are filled with vitamin C which is important to have. I make a great tea out of the dried fruit so I can get enough vitamin C.

Its a very popular item to pick in Alaska. 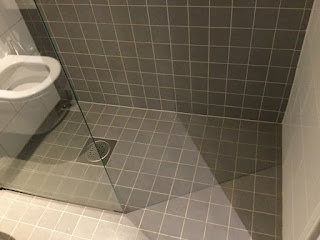 I knew a woman years ago who was moving to Denmark.  She complained about the shower being in the middle of the floor and having only a drain.  Her comments make more sense now.

I noticed in the hotels I've stayed in, the showers are quite different than in the states.  They have glass doors but there is not weird lip to step over. 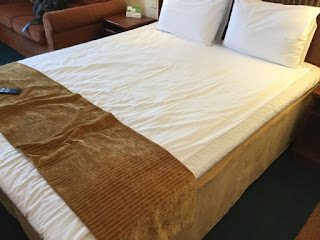 Its quite nice to walk in.  The drain is to keep the water from ending up all over the floor.

Another big difference is the way the beds are made.  There is a thin mattress on top of the base mattress. The thin mattress is covered with a white sheet and on top is a comforter the size of the mattress.

It appears they change the cover whenever they prepare the room for a new tenant.  It is so different than what I'm used to but I rather like it.

I think they set it up this way so they don't have as much laundry to do because they are not changing "sheets" ever day unless the room has been vacated.  Very different.

Let me know what you think.  I hope you enjoyed seeing Iceland and Finland with me.  I'll be back in Alaska come Monday, so I'll be back to normal topics.  Have a nice weekend.

Email ThisBlogThis!Share to TwitterShare to FacebookShare to Pinterest
Labels: Hotels and getting lost.