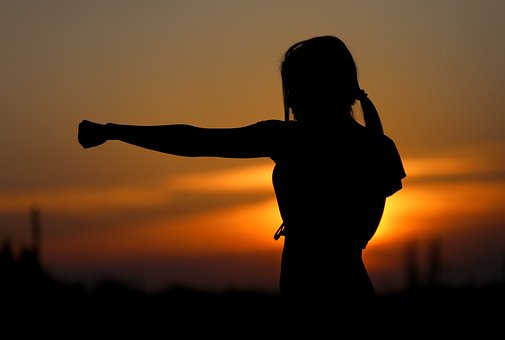 In addition to skateboarding, four other sports have been approved to make their premier appearance in Tokyo in 2020.  I don't remember the last time this many new sports made an appearance.

Many of these sports did not exist when the modern Olympics premiered back in the 1890's.  The first brings to mind those Karate Kid movies from way back when.

Yes, karate has been approved as one of the new Olympic sports.  There will be two different competitions within the Karate umbrella. First is the Kata which strings together self-defense techniques into a performance routine lasting 2 to 3 minutes.  The second is Kumite or the fighting elements  where two athletes face each other and score points through the use of kicks, punches, throws, sweeps, and strikes.  The rules are in place but many of those who make it to the Olympics will be world ranked.  Furthermore, its only been accepted for this one Olympics.  In order to become a regular event, it will have to be proposed and accepted for future Summer Olympics.

Next is baseball/softball which is being restored to the 2020 Olympics after an absence of 12 years.  It last appeared in the 2008 Summer Olympics.  The fear with this is that major league players would be sent but there is a sense that only minor league players would qualify because it would require MLB to close down games during the middle of their season.  However, it is said that South Korea, and Japan will shut down their seasons so they can use their best players at the Olympics.

Next is something called Sports Climbing or as the layman might comment "Those guys who climb everything with minimal equipment."  The sports climbing will cover three facets: lead climbing, bouldering, and speed climbing.  The winner  will be the one with the highest scores from the three events.  Speed climbing is done against the clock while lead climbing requires them to climb a wall that does not have premade supports and bouldering has them climbing on low routes without safety lines.  Only a total of 40 (20 male and 20 female) competitors will be allowed to participate in this event.

The last new sport for the 2020 Olympics is Surfing.  Surfing is something I grew up with.  Its what students disappeared from school to do because the day was beautiful and the waves were perfect.  No I never got the hang of it but I enjoyed watching those who could do it.  They voted to have surfing happen in the ocean where most people traditionally surf, not using manmade waves. There will only be 20 females and 20 male short boarders but the method of choosing them has not been developed yet so I don't know how they will be chosen.  The events will be held at Shida Beach, about 40 miles from Tokyo.

These new sports will add 18 events and 474 athletes but will not effect any of the other sports already a part of the Summer Olympics.  Let me know what you think, I'd love to hear.
Posted by Lee MacArthur at 4:00 AM