Stop To Smell The Flowers Race. 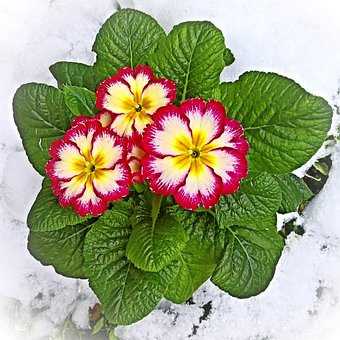 Years ago, when snow was much more prevalent and the winters seemed so much longer, everyone looked forward to spring.  Most places define spring as starting in March, however in Alaska, the snow doesn't melt until late April or mid May when people start calling it spring. By then people are sick of the cold and snow.

So the Army started a tradition of celebrating spring by having a race where people stopped to smell the flowers along the course.

It was not a serious race designed for people who love to run miles every week. It often provided humor on a dreary day when notices were read over the radio, advertising the race.

The Army set the date and began running announcements so people could get ready for it.  As the day grew closer, people anxiously watched the levels of snow to see if it would all melt away in time or if the military would need to take extra measures to provide a delightful race.

I remember one year when the winter snow was still fairly deep as the day approached.  One of the announcements advertising the run assured people there would be pots of flowers along the course, even if they had to go out the night before, dig holes, and place potted flowers in the holes.

Imagine the poor privates sent out in the dead of night armed with shovels and a truck load of potted plants to place these beautiful plants out in time for the beginning of the race, early the next morning.  The military actually expected people to do more than smell the flowers, they were even encouraged to pick some to take with them.

The race was a thing of joy and wonder because people hadn't seen flowers since the previous August or September, depending on when the frosts hit.  It signaled that spring wasn't far behind and that it was time for the golfers to start practicing.  Its not unusual to see golfers out on snow covered grass, swinging their clubs at an orange or green ball parked on a tee standing upright.

In Alaska, we marvel at the first flowers that poke their heads out of the ground, letting us know that winter is over.  Know that sometimes, we cannot wait for that moment and we do crazy things like participate in the Stop To Smell the Flowers Race.  We are all too ready for the short summer.

Email ThisBlogThis!Share to TwitterShare to FacebookShare to Pinterest
Labels: Stop To Smell the Flowers