About a month ago, I began following the Korean skin care method because it had been highly recommended by my niece.  I went through my books to discover I had one devoted to this particular regime. I admit, the whole description made it seem rather intimidating after having been taught by my mother and grandmother to clean my face with soap and water, then slather some face cream over it.

It started off having me clean my face with an oil based cleaner but its not one that leaves an oily film on my face.  Then you clean your face a second time using a water based cleaner so its been twice cleaned.  This section is finished off with a toner.  Once the toner has dried its followed by an essence, serum, eye cream and face cream before adding the final touch of sunscreen for protection.  In addition, they recommend people gently exfoliate their skin a couple time a week along with using a face mask that adds moisture to your face.

I took the jump and ordered supplies from Amazon. There were tons of choices ranging form not too expensive to more than I'm willing to pay.  As soon as the products arrived, I started using them religiously once in the morning and again at night.  I saved the face masks and exfoliation to do at night when I have more time.

At first, it felt awkward because I'm not used to spending so much time on my skin and I only ever dealt with my skin at night because I don't wear makeup.  My mother always said that if you clean your skin at night and moisturize it, you're set for life.  After a few days, the regime began feeling comforting.  In addition, I've got the whole morning routine down to 15 minutes including making my lunch and packing my bag for work. 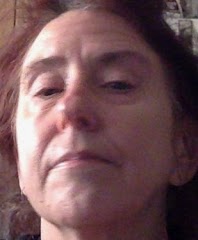 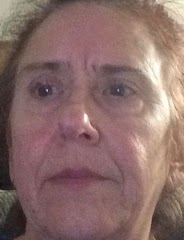 I noticed my skin started feeling softer and it seemed to have fewer fine lines.  I started feeling as if my skin has improved so it looks so much healthier.  When I few down to visit my sister in the hospital, I went 36 hours with no sleep and I did not look like a hag or a creature who could scare children with one look.  My skin never itched or felt cruddy.

I really believe this method works.  I looked at a picture I took earlier in the year and one I snapped today and I can actually see a difference.  There are smile lines and under eye issues I'll never get rid of without plastic surgery because I inherited them from my father but I plan to keep using all these products since I'm convinced they work.

If you look at the two pictures I've included, you'll see a marked difference between the two.  The left one is from before and the right one is after a month of following the regime.  If you follow the Korean Skin care method, let me know what you think of it.  Have a good day.