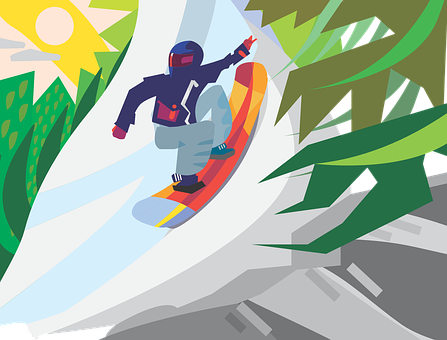 If you ready my blog, you know I do not have a real television signal.  This means I miss out on the latest shows, even sports events but I am currently in Anchorage attending a technology conference so I amm staying in a hotel room and have a chance to watch the Olympics.

Its rather interesting watching some of the crazier sports such as the one where people jump, turn flips, ride rails with their skies.  I have never seen such aerobatic jumping.  They do lots of spins while grabbing their skies.  it is so impressive watching them turn, jump on and off some rails, head up a ramp, leave the ground and defy gravity in a way I didn't know could happen.

It is called Free Style Skiing on a slope style course.  Free style because they go crazy with multiple turns as they try to go further and higher to set records.  One of the athletes, pushed so hard, he missed the last slope because he couldn't regroup and was out.  Another guy, only managed to get to the end of one rail for a touch before jumping on.

It was fun watching them turn around or up and over where they kept their hands on the skies.  In most cases the skies were crossed behind the feet and the skies remained in place when the athletes landed and kept going.

There is also a snow boarding event where they leave the ground, spin several times and land perfectly some of the time.  One of the newest events is the big air snowboarding where snowboarders ride down a ramp before taking off to perform their best tricks before landing.  This is the first year for this event.

These two sports fall under the extreme label.  At the time snow boarding joined the Olympics, most resorts still refused to let snow boarding happen but Japan allowed the event with snowboarders.  By adding this sport, they began attracting a younger group  of followers.  It was added bevore the first Winter Extreme games so it had a ways to go as it grew into adult hood.

Have fun watching.  Enjoy yourself.
Posted by Lee MacArthur at 4:00 AM

Email ThisBlogThis!Share to TwitterShare to FacebookShare to Pinterest
Labels: Snowboarding and extreme skiing.