Where did Amusement Parks Come From? 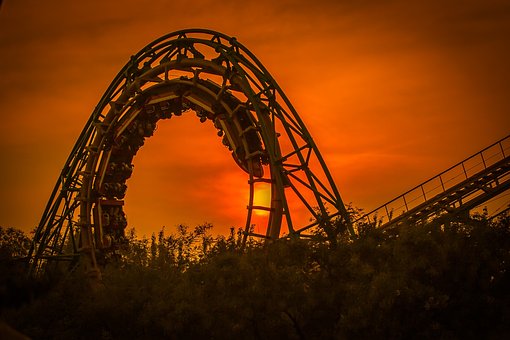 Amusement Parks also known as Themed parks are found all over the United States and the World.  You know them and might have even been to one.  Even as an adult, I love going to Disneyland in California.

Other amusement parks include Seven Flags, Knotts Berry Farm, etc.  How long have they been with us?  When did our focus move from traveling circuses to stationary places of entertainment.

Amusement parks developed around the same time as some of  World Fair's in the late 1800's.  They developed from pleasure gardens which were plots of public land set aside for people to gather for recreational and entertainment activities.  The earliest amusement parks provided a place for working men to bring their families for inexpensive food and entertainment.

The 1893 World's Fair provided one model with its midway for amusement parks to have shows, rides, and concession stands to bring in money.  The more of these at the park, the more people drawn and the more profit the owners made.  At about the same time, Steeplechase Park opened on  Coney Island.  This park offered the opportunity for patrons to race mechanical horses around a 1,100 foot steel track.  In addition, it had a Ferris wheel for those who did not want to race.

This was joined by Dreamland which operated only between 1904 and 1911. This park offered people the chance to ride gondolas in Venice, ride the mountains in Switzerland, relax at a Japanese tea house, visit Lilliput, check out a "freak" show or see wild animals from Africa and other countries.  This helped Coney Island gain a reputation for having spectacles,  thrills, rides, and the more appealing "freak" shows.

Eventually, a third park joined Steeplechase and Dreamland called Luna Park. This park visitors a chance to experience 20,000 leagues under the sea all the way to the North Pole, or even to the moon. People could ride elephants, visit Delhi, or visit countries such as Japan, Ireland, or Italy.  Since people liked disasters, the owners even recreated Pompeii and the flood of Galveston.

It wasn't until the 1940's that amusement parks started growing and becoming part of American culture.  In 1946, Santa Claus Land opened in Indiana near the town of Santa Claus. The 260 acre amusement park filled with a small alpine village, rides, and a daily visit from Santa Claus attracted quite a few visitors.  Along the way, they added Halloween and July 4th to create Holiday World.

Then in 1955, the most well known amusement park opened in Southern California.  It was the dream come true of Walt Disney who created Disney Land.  Originally, they used the admission and per ride cost structure but then switched over to the one price covers everything.

Six years later in 1961, Seven Flags over Texas opened in Arlington, Texas. This park offered the first inclusive price model which provided for admission and all the rides so the only thing people had to pay for was food and souvenirs.  The idea behind this amusement park is that each of the areas focused on one of the cultures which helped shape Texas.

This entity is considered the largest amusement park operator with over 30 properties in North America and others around the globe.  Let me know what you think, I'd love to hear.